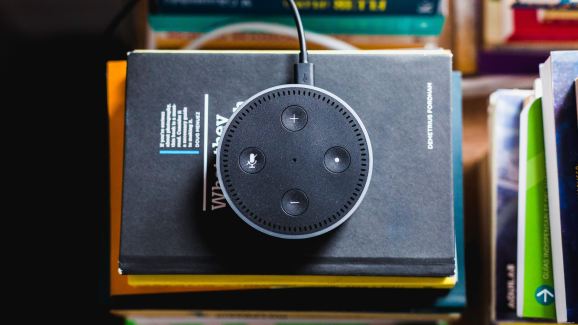 Back when social media was getting started, it initially spread among college students and techie first adopters, followed by corporations, small businesses, and your parents. Now presidents and popes tweet, and billions of people around the world are on board.

With tens of millions of smart speakers installed and many people calling voice essential to the next era of computing, AI assistants like Alexa could spread in a similar way.

The first third-party skills came from corporations and let you do things like order Domino’s Pizza or check your Capital One account balance, but a series of new features could better connect businesses and customers and expand Alexa’s reach among small businesses.

Here are four changes Amazon has delivered (or promised to deliver) to voice app developers in the coming weeks and months that could change how small businesses operate. As with social media, those that catch the wave on time could get a leg up on competitors.

The number of skills is sure to increase as Echo smart speaker sales grow and Alexa continues to spread to other devices, from home robots to Toyota cars, and as platforms that require no prior coding knowledge like Storyline or PullString make it easier for small business owners to find a place in the Alexa Skills Store.

Last week, Amazon announced the CanFulfillIntentRequest interface, a service developers can use to tell Alexa what their skill is able to do. Alexa has been able to answer commands like “Alexa, help me cook dinner” or “Alexa, help me relax” with skills recommendations for some time now.

The CanFulfillIntentRequest interface beta opens that same feature up to the entire third-party ecosystem of voice apps on the Alexa Skills Store.

That means Alexa will be able to recommend skills to fulfill a variety of requests and allow users to accomplish tasks with third-party offerings without the need to remember the name of a skill. That’s an incredibly important space to fill for smart speakers that by and large come with no visual display.

So what’s that got to do with small businesses? The new interface will take location into account and means Alexa will get smarter about being able to answer questions like “Alexa, what’s the best cheesesteak in Philadelphia?” or “Alexa, help me find a nearby carpenter.”

Things are just getting started, but the CanFulfillIntentRequest interface could vastly change how people think of Alexa, evolving from an assistant that draws on search results and content created by the Alexa team to one that taps into its growing universe of voice apps.

Factors like engagement rates and customer skill reviews will be considered for skills recommendations, but for local businesses that introduce well-made skills, the new interface is a new and growing way to reach customers.

In-skill purchasing was extended to all Alexa developers last month.

Last year during the Alexa State of the Union (yes, Alexa has a state of the union now 🙄) at AWS Re:Invent, Amazon announced plans to accept Amazon Pay for one-time payments or ongoing subscriptions.

Initial subscriptions skills are geared primarily toward popular games, like Double Jeopardy and an Ellen Show skill, but if you told me I could get a curated local news service incorporated into my morning routine for a small monthly fee, I’d sign up in a heartbeat. Granted, I’m a reporter, but with the growing popularity of daily podcasts from companies like Vox and the New York Times, and trends like Apple taking on news subscriptions and Google launching a standalone podcast app, the model doesn’t seem far-fetched.

Google Assistant has also opened up its voice app platform for payments as well, starting with Starbucks and Dunkin’ Donuts.

In the majority of cases today, Alexa users must proactively say “Alexa, what’s my flash briefing?” or “Alexa, open Jeopardy!” to interact with specific skills, but that’s beginning to change.

Routines introduced last year allow you to group multiple actions into a single phrase, like “Alexa, good morning,” or to schedule news updates to play at a certain time of day without a prompt.

Another major way voice apps are being allowed to bypass some voice commands to interact with users is through notifications. Notifications can be brought to a user’s attention via an auditory noise or by animating the ring of light atop an Echo speaker. They’re available today for a select group of skills, including Domino’s Pizza delivery updates, Washington Post news alerts, and AccuWeather weather alerts.

Notifications were first introduced for a handful of skills in May 2017 and were expanded last fall. They’re slated to be made available to other third-party developers in the first half of 2018.

The rise of notifications from Amazon and third-party services is probably why Alexa recently introduced Brief Mode, which shortens some exchanges that involved Alexa talking to a quick affirmative sound.

Skills open up a whole new world of Alexa-enabled shopping, but if you’re going to pay for things by voice alone, she needs to understand whose credit card to use and be able to ignore the kid who says “Alexa, order me a million doll houses.” To accomplish this, Amazon could use its voice identification service, which was first introduced for personalized experiences last year.

Called Your Voice by Amazon, unique voice identification works for up to 10 users per Echo device and provides personalization such as making sure it plays your news flash briefing or adds events to your calendar or chooses the right number when you say “Call work.” Automatic voice identification with Alexa began earlier this year.

Your Voice may also be used to log a user’s previous interactions with a game or skill, giving them a kind of memory.

Alexa is also getting a feature that allows her to remember whatever you tell her, as well as context carryover for more natural conversations where Alexa remembers what you recently said, Alexa Brain team director Ruhi Sarikaya said in April.

Like many other features mentioned, Amazon said it plans to extend its voice identification service to third-party skills in early 2018.