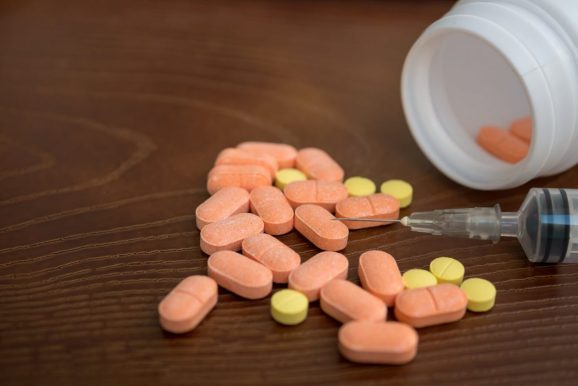 For many Americans, taking prescription pills is a part of a never-ending routine. About seven out of ten people take at least one drug, according to the Mayo Clinic, and as many as 15 percent take five or more. The trouble is, it’s difficult to predict the side effects that might result from polypharmacy, or the practice of combining drugs; by some estimates, there are more than 125 billion potential complications.

“It’s practically impossible to test a new drug in combination with all other drugs, because just for one drug that would be five thousand new experiments,” Marinka Zitnik, a postdoctoral fellow in computer science at Stanford, said. “[T]ruly, we don’t know what will happen.”

To tackle the problem, Zitnik and Jure Leskovec, an associate professor of computer science, developed an AI system — Decagon — that can predict possible side effects for drug combinations. They described their research in a paper (“Modeling polypharmacy side effects with graph convolutional networks”) presented this week at the 2018 International Society for Computational Biology conference in Chicago.

The system, which was funded in part by the National Science Foundation, the National Institutes of Health, the Defense Advanced Research Projects Agency, the Stanford Data Science Initiative, and the Chan Zuckerberg Biohub, models the more than 19,000 proteins in the human body that interact with each other and with medications. Using a deep learning algorithm that ingested the roughly four million known associations between side effects, drugs, and proteins, it’s able to infer patterns and make predictions.

Decagon accurately forecasted side effects resulting from novel combinations of drugs, outperforming baselines by up to 69 percent. For example, it predicted that the cholesterol drug atorvastatin, when taken with blood pressure medication amlodipine, could lead to muscle inflammation. In another case, it accurately predicted ten side effects recently confirmed by medical researchers.

“It was surprising that protein interaction networks reveal so much about drug side effects,” Leskovec said.

The system isn’t without a few limitations — right now, it only considers side effects associated with pairs of drugs. But in the future, the team hopes to create an improved version that can handle more complicated regimens.

“Today, drug side effects are discovered essentially by accident, and our approach has the potential to lead to more effective and safer health care,” Leskovec said.

Pharmacology isn’t the only field where health care stands to benefit from AI. Researchers are using machine learning to predict developmental disabilities in infants. Startups like Clew Medical offer AI-powered analytics platforms that prevent life-threatening complications for patients. And tech behemoths like Google are investing substantial resources in AI health care projects such as DeepMind Health.

Analysts at McKinsey estimate that machine learning algorithms could save medicine and pharmaceutical companies up to $100 billion a year.