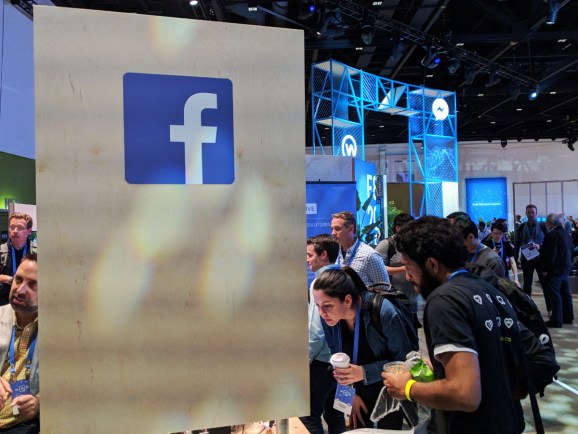 Facebook AI Research is making series of major new additions to its AI research efforts taking place at offices and AI labs around the world, many of which will support efforts to support research into robotics first started in recent months, said AI Research director Yann LeCun.

“Robotics is being developed in several of our locations: in Menlo Park; in Montreal; Joelle Pineau has been very active in robotics in Pittsburgh of course; somewhat also in New York; and there’s nothing to say that we won’t also have robotics activity in Paris and Seattle,” LeCun said.

Robotics research at Facebook is increasing, he said, for several reasons, including the fact that some of the most talented researchers and willingness to tackle challenging tasks like how to teach logical reasoning to machines come from AI practitioners in the robotics community.

“There are problems that pop up in robotics that don’t really pop up in other application domains that force people to really confront the real problems that we’re facing with AI,” he said. “That’s their primary interest in application, so if we don’t work on robotics, we are basically shutting ourselves off from access to talented researchers who want to work on this topic.”

The shift towards more robotics research is also being done because robots are expected to play an increasing role in people’s lives, both in industrial settings like Facebook data centers where LeCun says Facebook already uses robots, and in social settings like the workplace or home.

“Our role as a research lab is to anticipate trends and changes in technology, and it’s pretty clear that robotics is on the way up,” he told reporters ahead of the announcement. “There’s going to be progress pretty fast for the next couple of years and robots are going to become more pervasive than they have [been] so far. This is going to transform society, and Facebook has to have the expertise for this if nothing else just for connecting people.”

Each of the new additions will maintain affiliation with Facebook AI Research as well as their home university.

Facebook of course is best known as a social media company, but Facebook AI Research, created by LeCun at the behest of Mark Zuckerberg in 2013, does exploratory research in a variety of areas.

Facebook has been part of a general trend in the past year or so for tech giants to open AI labs to court research talent.

Since December, for example, Google AI has opened labs in China, France, and Ghana; Samsung Research plans to open labs in Cambridge, Moscow, and Toronto; and Nvidia plans to open research labs in Toronto and Seattle in the coming weeks.

“Now the other thing that happened is that AI has become so central to the operations of companies like ours that what our leadership has been telling us is that you should go faster. You’re not going fast enough so hire more people,” he said.

The results of research in areas like object detection or text translation can make their way into Facebook products relatively quickly, while others may not applied for years if ever.

Despite hiring for years and more talent emerging from around the world, demand for the most talented AI researchers has only increased since Facebook AI Research was created in 2013.

Facebook is growing its efforts outside areas where its labs are active in order to find more AI talent, attempting to strike a balance between recruiting talent and meeting demands to grow AI initiatives and prevent drying up the pipeline.