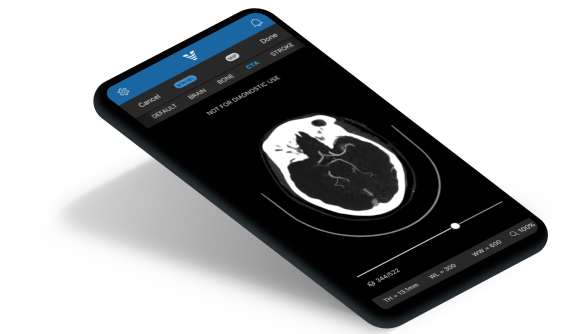 Founded out of San Francisco in 2016, Viz.ai is setting out to leverage AI to detect early signs of time-sensitive medical conditions. The company’s first product is a software platform that analyzes brain scans for large vessel occlusions (LVOs), or strokes, and which received FDA clearance in February.

Someone has a stroke every 40 seconds in the U.S. alone, according to CDC data, which culminates in 140,000 deaths annually. And those who survive a stroke often suffer a long-term disability as a result. One of the underlying issues with treating strokes is that they can be difficult to diagnose, and the longer a patient goes without treatment the greater the chance of disability or death.

Using deep learning algorithms, Viz.ai’s software analyzes CT scans to spot stroke indicators and automatically alerts a neurological specialist. This all happens in minutes, which is crucial to the patient’s chances of a positive outcome.

Prior to now, Viz.ai had raised around $10 million in funding, and with another $21 million in the bank it plans to fund its expansion into new markets and grow the scope of its technology beyond strokes.

“In a stroke, every minute matters,” noted Viz.ai cofounder Dr. Chris Mansi. “Our goal is to fundamentally change health care, making it proactive rather than reactive. By integrating Viz, we believe health care systems can increase access to proven life-saving therapy and reduce the time to treatment across their referral network.”

Kleiner Perkins, for its part, has invested in a number of AI and health care startups, so marrying the two areas with its latest investment makes sense.

“We were attracted not only to the technology behind Viz.ai and its impact on patient outcomes, but also to its adoption model,” added Kleiner Perkins general partner Mamoon Hamid. “Many new health-tech solutions struggle to gain traction because they are an outside-in sale to medical teams, requiring changes to procedures and workflows. In contrast, physicians and their teams are driving adoption of the Viz.ai platform because it is not disruptive to emergency room procedures and fits naturally into existing systems.”