M12 is accepting applications from today through September 30, 2018 for startups in Europe, Israel, the U.S., Canada, and Mexico. Applicants could win the chance to pitch for one of two $2 million investments. In terms of criteria, well, eligible startups should have at least one female founder and have raised less than $4 million in funding — that could be equity or debt financing. Additionally, their product should address “a critical business problem,” according to a statement issued by M12 earlier today.

“We formed M12 to make smart bets on innovative people and their ideas, and the female founders competition is an extension of that mandate,” said Peggy Johnson, executive vice president of business development at Microsoft. “This isn’t about checking a box; it’s an opportunity to remind the VC community that investing in women is more than just good values, it’s good business.”

While Silicon Valley has fallen under the spotlight for its sexist attitudes and bro culture, the problem isn’t limited to the U.S. tech scene — Europe has its own gender imbalances to address, going by a recent report by VC firm Atomico. And, according to PitchBook data, startups founded by all women received just 2.2 percent of VC dollars in 2017, compared to 79 percent for all-male founding teams.

A number of initiatives have emerged to address this imbalance, such as Female Founders Fund, which recently announced its second fund for female-led early-stage startups. Elsewhere, a new nonprofit called All Raise launched to help women in venture capital and entrepreneurship connect.

Now M12, EQT, and SVB are joining forces for their own program. Eligible startups will be whittled down to 10 finalists, who will then pitch in person to win one of the two investments. They will also garner access to mentoring and other resources. But it seems the overarching mission is to draw attention to the gender funding gap.

“The EQT Ventures team is all about backing founders with the ambition, drive, and vision to build a global success story,” said Alastair Mitchell, partner and investment advisor at EQT Ventures. “This competition reflects this and offers women entrepreneurs a great platform from which to launch their business, providing them with access to capital and mentorship. It also raises awareness of the funding gap between male and female founders.” 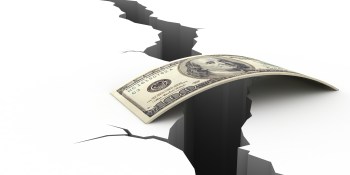