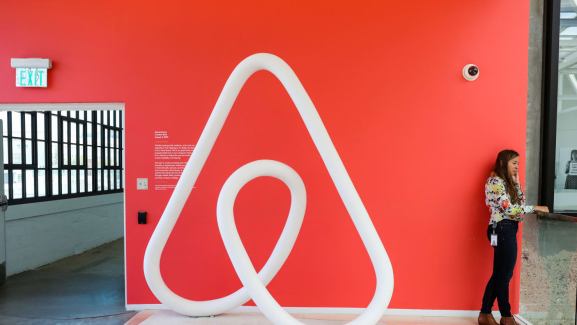 A woman talks on the phone at the Airbnb office headquarters in San Francisco.

Business travelers are increasingly ditching hotels and flocking to Airbnb, according to data revealed today by the home-sharing platform.

Airbnb announced that bookings made through its Airbnb for Work program, which was recently rebranded from Airbnb for Business, tripled between 2016 and 2017 — an increase similar to that seen in the 2015-2016 period. But more than this, Airbnb has announced that 700,000 companies are now using Airbnb for Work, up from the 250,000 it reported in April last year, with some notable new clients, including Gap and Twitter.

The business of travel

Although business travelers may have unofficially used Airbnb to book business accommodation since its inception, in 2014 the company debuted a new business-focused product with a centralized booking platform that includes travel itineraries, billing, and other financial reporting data. This launched globally in 2015.

In the intervening years, Airbnb has doubled down on its growth while focusing on the entire travel experience, as well as embracing sublets. And it recently rolled out new listings categories to allow users to find properties based on more specific criteria. It also hit its first full year of profitability and is now valued at a reported $31 billion. This means Airbnb is worth more than most of the major hotel chains, and the number of listings on Airbnb now exceeds that of the world’s top five hotel chains combined.

A natural extension to all of this, of course, is business bookings, which is why Airbnb has been targeting the $1 trillion global business travel market.

The company has also shared a number of notable stats around how companies and employees are using Airbnb for Work. For example, 30 percent of business bookings include at least one weekend evening, which suggests that a lot of people are tacking on extra days so they can see the local sights. And although shorter stays remain the norm — at an average of five days — the company said longer stays for training sessions or on-site projects are growing too — in the past year, Airbnb for Works stays of more than two weeks grew by 300 percent.

As Airbnb prepares to go public in 2019, the company is continuing to lay the foundations for its big push into business travel. Last year, it announced that Airbnb listings would be arriving in SAP Concur’s booking engine, and this feature will soon be live for everyone. In the coming weeks, it will also launch a new tool that allows companies to automatically set the parameters for an employee’s travel search — so if an internal policy stipulates that bookings must not exceed $300 per night, for example, they can create filters to only surface properties that meet this criteria.