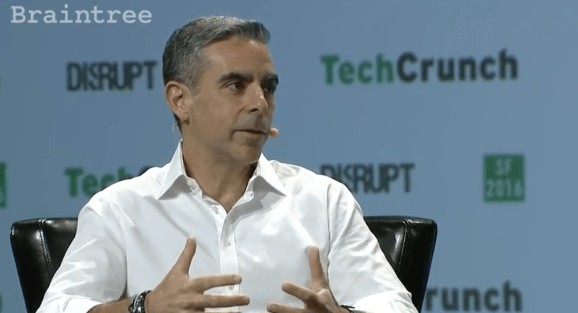 Three months after Facebook announced that it was starting a blockchain initiative, the executive in charge of the project stepped down from his position as a board member at Coinbase, fueling more speculation about what the project will entail.

In a statement provided to VentureBeat by Coinbase and attributed to Marcus, he said that he specifically decided to leave the board because of the new blockchain team he’s building at Facebook.

“I’ve been thoroughly impressed by the talent and execution the [Coinbase] team has demonstrated during my tenure, and I wish the team all the success it deserves going forward,” Marcus said in his statement.

Facebook revealed in May that it was building a team focused on blockchain applications that would be spearheaded by Marcus. Previously, Marcus was the head of Facebook Messenger and the president of PayPal.

“[David] remains a close friend of the company, and we thank him for his help along the start of our journey to create an open financial system for the world,” Coinbase CEO Brian Armstrong said in a statement.

According to Recode, Marcus’ team will live under a new division called “new platforms and infra” that now contains fewer than a dozen people. There’s no indication yet that Facebook will be building its own cryptocurrency as part of this blockchain initiative, but if it did, Marcus’ presence on Coinbase’s board could have presented a conflict of interest.

In a February interview with CNBC, Marcus cited some challenges Facebook would still have to solve before enabling cryptocurrency payments on Messenger.

“Payments using crypto right now is just very expensive, super slow, so the various communities running the different blockchains and the different assets need to fix all the issues, and then when we get there someday, maybe we’ll do something,” Marcus told CNBC’s Julia Boorstin.

With 1.3 billion users on Messenger, Facebook has a better shot than pretty much any other platform at speeding up the traditionally cumbersome process of cryptocurrency adoption.

In January, Facebook announced a temporary ban on all cryptocurrency-related ads, while it figured out how to stop people from running fake ads encouraging people to buy into fake cryptocurrencies or send crypto money to scammers. It has since started accepting some cryptocurrency related ads from pre-approved advertisers. According to CoinDesk, Coinbase is now running ads on both Facebook and Instagram.