By way of a quick recap, the Korean technology giant first debuted its Samsung Connect Home mesh router and smart home hub in March last year. A single unit promised to extend Wi-Fi through your home to around 1,500 square feet, while the mesh network effect would be realized via a three-pack of the devices, which served to extend this to around 4,500 square feet. Ultimately, it’s about ensuring that connected devices located throughout your home are within range of a strong Wi-Fi signal.

But it wasn’t just about getting good internet in all your rooms — the Samsung Connect Home also integrated the company’s SmartThings Hub to manage all domestic devices connected to the network.

Eighteen months after that original launch, Samsung has gone back to the drawing board somewhat. Besides renaming the system as SmartThings Wifi, a brand Samsung has used for its consumer internet-of-things (IoT) business since it acquired SmartThings way back in 2014, the company is also now harnessing technology from Plume, a Comcast-backed San Francisco startup that develops an AI-powered adaptive home Wi-Fi system. Plume basically monitors all your internet usage to learn how you use Wi-Fi across your home so it can allocate bandwidth based on the devices that need it most.

The SmartThings Wifi shares many traits with its predecessor — for example it comes with a built-in SmartThings Hub, a device that normally costs around $100 when bought on its own. But the SmartThings Wifi’s pricing has also been fine-tuned — a single device costs $119, while a three-pack will set you back $280. The Samsung Connect Home three-pack weighed in at $380. 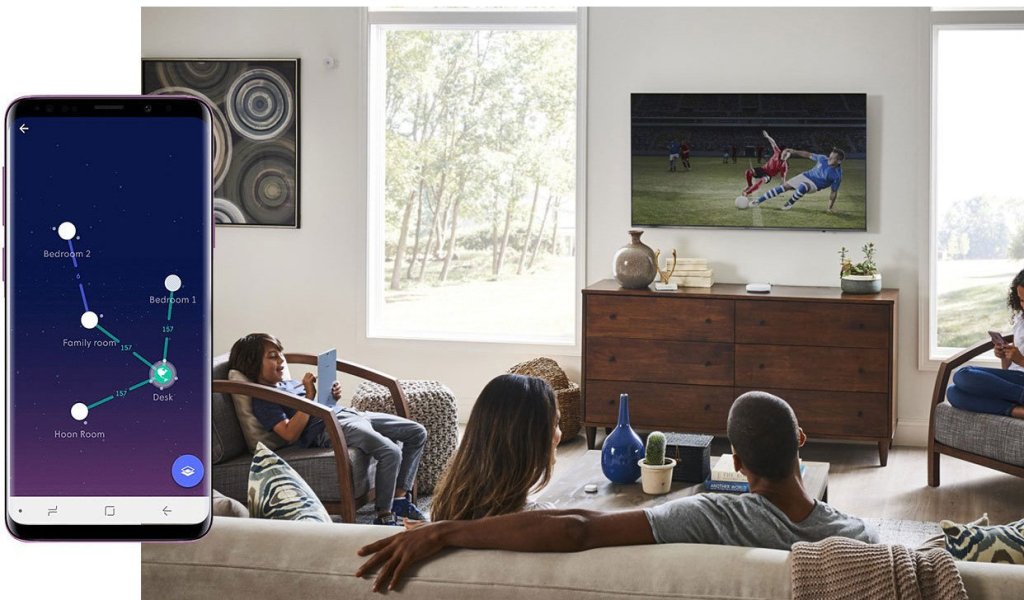 “As more people embrace a connected lifestyle, we’re focused on creating the best experiences so they can get more out of their smart home,” said SK Kim, Samsung Electronics America’s senior director for IoT product marketing, in a statement. “SmartThings Wifi is an intelligent solution that adapts to the many devices in the home, with mesh capability to eliminate coverage gaps, plus a built-in SmartThings Hub to easily monitor and control hundreds of compatible smart products.”

Other key features that Samsung’s Wi-Fi router will offer as a result of its Plume partnership are parental controls and guest access. Indeed, parents will now be able to manage their kids’ screen time so that a device is kicked off the network at specified times (e.g. after 7 p.m. on weekdays), or they can simply look at their offspring’s browsing stats to see how much bandwidth they’re consuming. 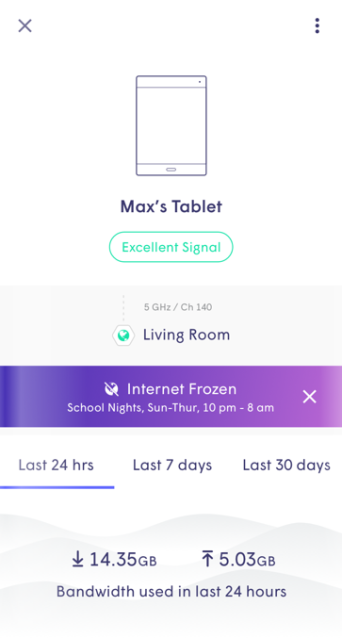 Additionally, the Plume partnership makes it possible to set up dedicated Wi-Fi logins and passwords for guests.

“Integrating our adaptive home Wi-Fi technology and a rich set of consumer features into SmartThings’ large, open ecosystem truly elevates the smart home experience,” added Plume cofounder and CEO Fahri Diner. “Samsung gives you myriad devices to consume content and connect, and Plume ensures that your Wi-Fi network delivers a superior user experience to all of those devices.”

Today’s news comes less than a week after Samsung announced it was entering the smart speaker market with the Galaxy Home, though few details are known about pricing or availability. But with voice emerging as the next big platform, it’s clear the Bixby-powered Galaxy Home will play a big role in Samsung’s continued push into IoT and the smart home.

The SmartThings Wifi system is available to buy from today through Samsung’s online store and the usual third-party retail outlets.