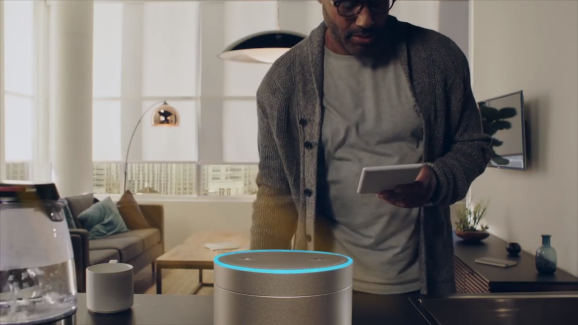 Amazon today announced a new API that gives Alexa the ability to communicate with sensors that detect motion and those used to monitor when a door or window opens. The new smart home skill feature will enable more automation and interaction with home security systems.

The Contact and Motion Sensor API introduced today can also be used to answer questions about sensors around your home, such as “Is the bathroom window open?” Alexa can also be programmed to speak up and announce through an Echo speaker that a door or window has been opened.

With the new integration, Alexa can create preset configurations for specific rooms in your home. For example, you can schedule lights to turn on anytime a motion sensor is tripped or turn off automatically after 20 minutes of inactivity.

Sensor activity can also be connected to Alexa Routines, allowing motion detection to trigger things like a favorite song or playlist, weather and news updates, or other actions.

The API is currently limited to Zigbee-compatible contact and motion sensors from Sylvania and Centralite. Support for SmartThings sensors is coming soon, according to a blog post sharing the announcement today.

Alexa can talk with more than 12,000 smart home devices to do things like turn on a sprinkler system or play a movie on a television.

AI assistants like Alexa and Google Assistant can also share the status of smart home locks to tell you whether you remembered to lock a door.

Today’s Alexa update comes ahead of the IFA 2018 conference, which is expected to bring a wave of consumer device news, and the same day Google announced that its Nest x Yale smart lock can now be unlocked with a Google Assistant voice command.

Voice commands to lock and unlock doors were introduced for Alexa earlier this year.