IFA (Internationale Funkausstellung Berlin or “International radio exhibition Berlin”) — kicked off with a bang in 1924, when German physicist Manfred von Ardenne transmitted television signals over the air using a cathode ray tube. Since then, it has grown into one of the world’s largest annual gadget and home appliances shows, with more than 200,000 visitors and 1,000 exhibitors represented.

The Berlin expo is a veritable who’s who of consumer electronics companies: representatives from Microsoft, Bang & Olufsen, Casio, Samsung, LG, Sony, Huawei, ZTE, Asus, Acer, Toshiba, Philips, Panasonic, Amazon, and other titans of industry are set to deliver keynotes. If past years are any indication, expect a deluge of news from start (31 August) to finish (5 September) — particularly during August 29-30, which are press preview days.

VentureBeat will be covering the events live as they unfold from Berlin. Here’s what we expect to see at IFA 2018.

Inevitably, smartphones get a lot of attention at IFA. That’s because handset makers like Huawei, Sony, LG, and ZTE reliably save a few announcements for their respective IFA press conferences. There aren’t likely to be any blockbusters this time around — Samsung took the wraps off the Galaxy Note 9, its stylus-touting flagship, in early August — but that doesn’t mean there won’t be a few surprises. 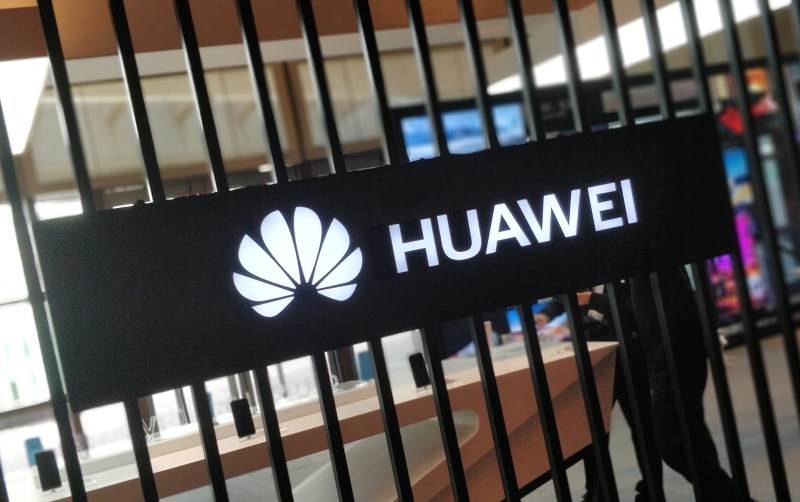 Huawei is riding high on impressive growth. The Beijing phone maker leapfrogged Apple for the number two spot in Gartner‘s Q2 2018 smartphone rankings, and it’s reportedly gearing up to launch a trio of high-end devices. 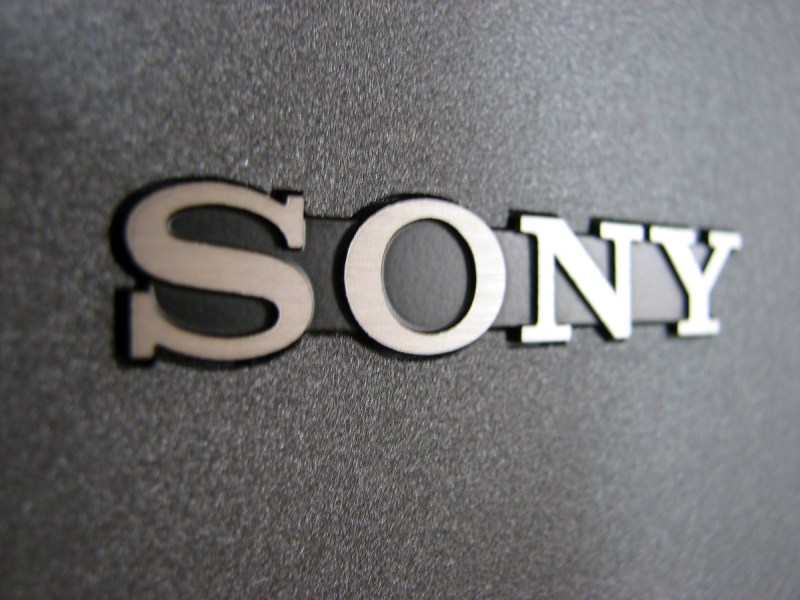 At last year‘s IFA, Sony took the opportunity to announce a slew of new products: three smartphones, including the XZ1 and XZ1 Compact and Xperia XA1 Plus; three new headphones; and the LF-S50G, a smart home speaker powered by the Google Assistant. This year’s shaping up to be equally packed.

The reports haven’t been totally clear on this point, but Sony might announce two phones alongside the XZ3: the XZ3 Compact and XZ3 Premium. Mum’s the word on their specifications.

Sony’s also likely to take the opportunity to announce a few accessories, including the recently leaked WH-1000X MK3 noise-canceling headphones. 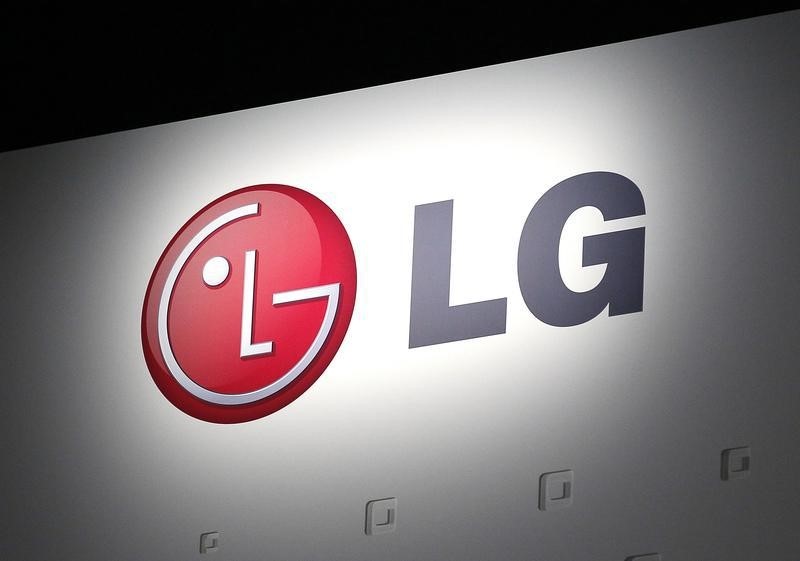 LG let the cat out of the bag earlier this week, announcing two new smartphones — the LG G7 One and LG G7 Fit — ahead of its IFA keynote on Friday.

There’s a decent chance that LG will introduce its anticipated next flagship — the LG V40 — at IFA. After all, it was this time last year that the South Korean smartphone maker took the wraps off the LG V30, and VentureBeat contributor Evan Blass pegged the launch as likely to happen “late summer” or “early fall.”

Taiwanese smartphone maker HTC didn’t have the best of fiscal quarters, but it’s nothing if not resilient. An affordable midrange phone will reportedly join its U series this week — possibly the U12 Life.

The U12 Life is said to sport a 6-inch, 18:9 screen with a Snapdragon 636 chipset, 4GB of RAM, 64GB of storage, and dual 16MP rear cameras (complemented by a 5MP sensor on the front). Interestingly, according to at least one report, it won’t be manufactured by HTC — production has instead been outsourced to a third-party OEM, much as Chinese company TCL licenses brand names like BlackBerry and Nokia. 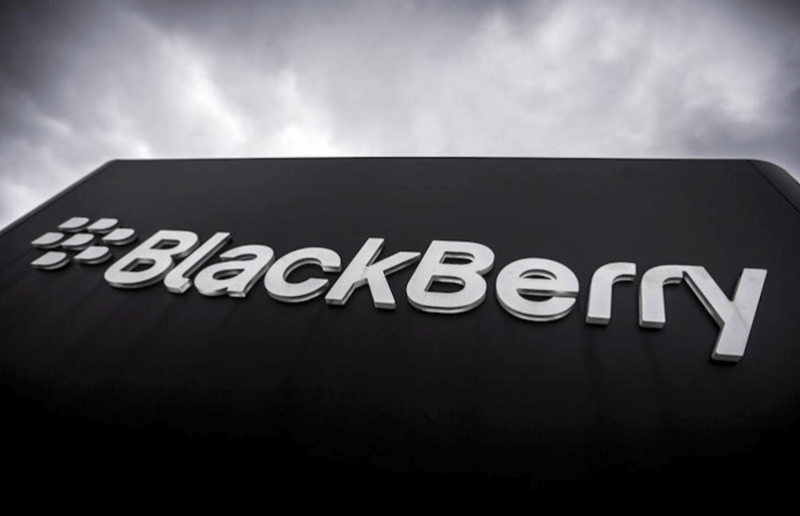 TCL is expected to announce a more affordable BlackBerry smartphone at an IFA event this week. It’s reportedly called the BlackBerry Key2 LE — a step down in price from the Key2, which launched earlier this year — and it’s already been teased by the company’s official Twitter account.

Here’s a rundown of the rumored specs: 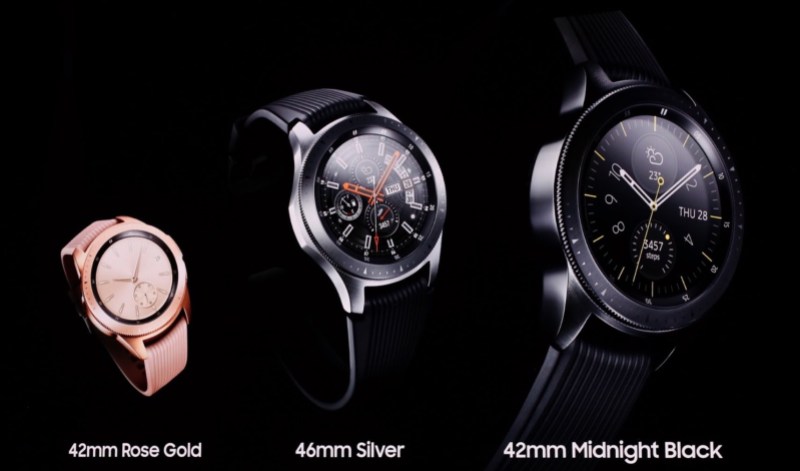 All is quiet on the wearables front. Well, that’s not entirely true — Fitbit recently debuted the Charge 3, following hot on the heels of Samsung’s Galaxy Watch. But  there hasn’t been so much as a hint at new smartwatches, activity trackers, or health-monitoring devices from major manufacturers. That’s likely to change.

Watchmaker Casio is hosting a press conference at IFA, where it’s promising to “highlight its latest product introductions.” A new smartwatch is practically a given.

Huawei could have something up its sleeve. Earlier this year, CEO Richard Yu said to expect a follow-up to the Huawei Watch 2, the company’s Wear OS-powered (formerly Android Wear) smartwatch, and IFA seems as good a time as any to launch it.

LG, too, is working on a smartwatch designed around Wear OS. Reports earlier this year pegged it as the Watch Timepiece, a hybrid blend of digital and quartz with a Qualcomm Snapdragon 2100 system-on-chip, 4GB of storage, and 768MB of RAM (but no GPS or NFC).

Fossil, the American fashion designer and manufacturer behind devices like the Michael Kors Access Runway and Skagen Falster, might have new devices on hand. If it does, they’ll likely take cues from its recently unveiled fourth-generation Q range, which introduced NFC, GPS, heart rate monitors, and waterproof designs.

Samsung is a bit of a wildcard in the wearables department, but it could take the opportunity to refresh its long-in-the-tooth Gear Fit2. There’s precedent — it launched said Gear Fit2 at IFA 2017, and it has used past keynotes to launch wireless earbuds (in the Icon X series) and other accessories. 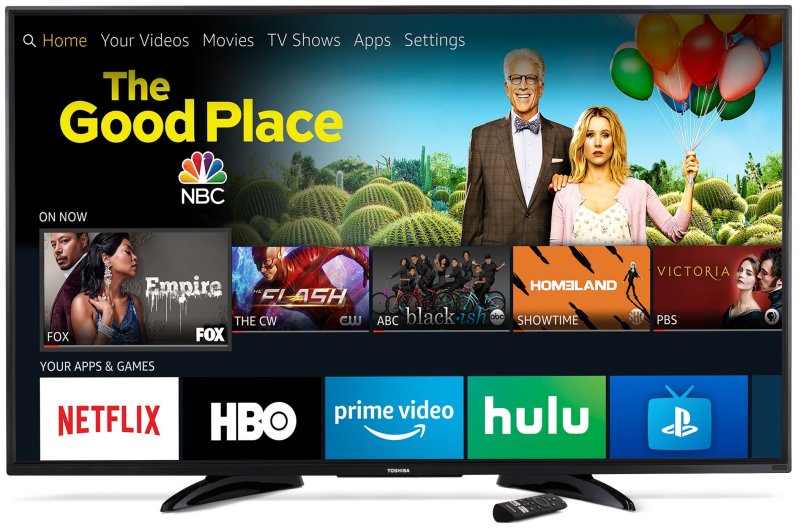 If smartphones and wearables don’t float your boat, perhaps gigantic flat-screen TVs will do the trick. IFA has historically been chock-full of them, and this year is shaping up to be no different.

Reports suggest that Samsung will introduce an 8K QLED TV at its press conference; it might also demo the 146-inch 4K MicroLED TV it announced earlier this year. LG, not to be outdone, reportedly has a 175-inch microLED TV in the works.

Philips could have something new on the TV front — last year, it announced its first-ever Quantum Dot television. And Toshiba is almost certain to have sets in tow. Last year, it teamed up with Lucasfilm to launch a Star Wars-themed TV and a lineup of televisions compatible with Amazon’s Alexa Voice Service. We’re curious to see what it’ll bring to the show this time around. 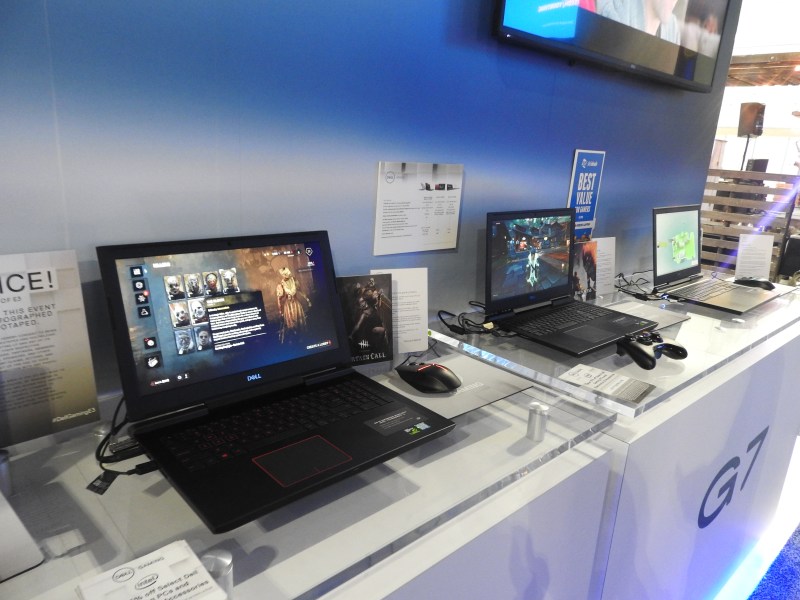 With Acer, Dell, Lenovo, and Asus in attendance, you can bet on new laptops, desktops, and all-in-one PCs making appearances at IFA 2018.

At last year‘s IFA, Asus made waves with the ZenBook Flip 14, the “world’s thinnest” 2-in-1 laptop, and what better time for a refresh than IFA?  Another shoo-in: a new Chromebook model. Rumors of a more powerful Asus ChromeOS machine with a touchscreen and backlit keys have been circulating for a few months, and they might finally come to fruition at IFA.

Expect Dell and Lenovo to upgrade their respective ultraportable lineups with speedier, more power-efficient (and hopefully not thermally constrained) processors– perhaps Intel’s recently announced Core processors. The latter might have something special in store, rumors suggest: a 15.6-inch ThinkPad designed to compete with the former’s XPS 15.

Razer will be in attendance at IFA, as usual, and might take the opportunity to shed light on Project Linda, the combination phone/laptop concept it teased at the 2018 Consumer Electronics Show in January. Here’s hoping. 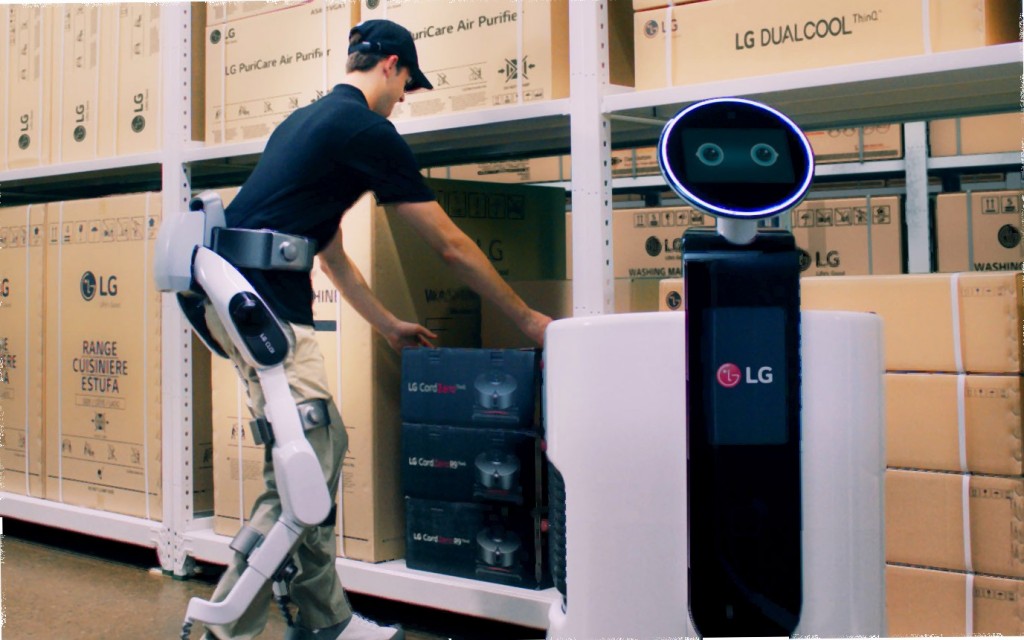 If there’s one prediction we’re confident making, it’s that IFA 2018 will feature appliances out the wazoo. Smart refrigerators, smart ovens, smart washers and dryers, smart pet food dispensers, and perhaps even a smart drying helmet or two are just a sampling of we expect to see on the show floor.

Another IFA shoo-in? Robots. We’re expecting Softbank’s Pepper to make an appearance, and perhaps a few bots from LG’s CLOi series (hopefully in better shape than we saw them at CES 2018). One thing we know LG’s bringing to the show is a freakin’ exoskeleton: the LG CLOi SuitBot, which is designed to help human workers lift heavy objects. Man, why can’t all robots be that fun?

Odds and ends we’ll definitely see are the world’s first planar in-ear headphones — RHA confirmed that it’ll be demoing a pair of CL2s on the show floor — and foldable screen prototypes from California startup Royole. As for the rest of the miscellany, it’s anyone’s guess — and that’s what makes IFA 2018 so darn exciting.