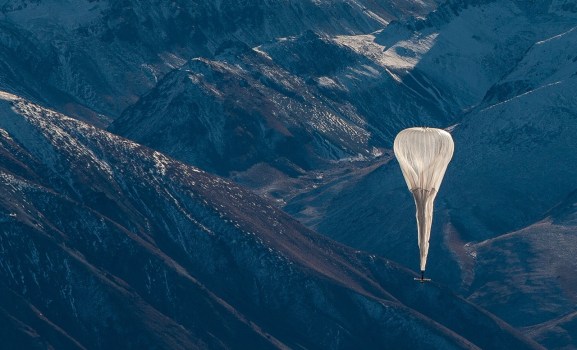 Alphabet subsidiary Loon has achieved a new milestone: maintaining an internet connection between seven balloons across a span of nearly 1,000 kilometers.

For context, a single balloon in 2014 was capable of beaming internet to an area 40 kilometers in diameter, and at one point achieving connections between two balloons 100 kilometers apart was noteworthy, Loon head of engineering Salvatore Candido said in a blog post today.

Loon leverages a process called backhaul connection to beam internet to balloons 20 kilometers above the Earth. Predictive algorithms are then used to determine the direction balloons should travel in order to stay connected.

The milestones were surpassed last month in trials that began in Nevada and stretched between seven balloons along the border of California and Nevada. Loon also recently achieved its longest-ever connection between two balloons at a distance of 600 kilometers.

Last year, Loon began to use machine learning techniques for its navigation algorithms to maintain connections between clusters of balloons. Clusters of balloons allow for Loon to deploy internet faster and cover a larger region.

“Instead of one balloon utilizing one ground-based connection point to serve users, we can use that same terrestrial access point to activate a network of multiple balloons, all of which can connect people below,” Candido said. “In this way, we create a web of connectivity to serve users without having to build lots of new infrastructure on the ground, which is a significant obstacle to bringing traditional access to unconnected and under-connected communities around the world.”

Project Loon was introduced in June 2013, when the idea was to use high-altitude balloons riding wind currents to beam internet to people in parts of the world that lack connectivity. In July, the Alphabet experimental moonshot X division became a standalone company known just as Loon, alongside drone delivery service Wing.

Shortly after becoming a company, Loon announced the closure of its first commercial deal in Africa with Telkom Kenya to begin providing internet access in 2019.

By contrast, Facebook’s Aquila project, which aimed to beam internet to remote parts of the world using a giant drone, was shut down in July.