Last week marked the one-year-anniversary of Amazon opening up its search for HQ2. To mark the occasion, quite a few news outlets rolled out opinion pieces on what it has all meant.

Axios wrote that what’s even more important than where Amazon will locate its headquarters is the fact that the company now has a “database chock-full of granular details about the economic development prospects of every major metropolitan area in the United States … that database could help it make expansion decisions that go way beyond the new headquarters.”

In my own piece, I wrote that big tech’s quest to spread more tech jobs across the U.S. is likely going to be unsatisfying in many regards. It’s going to take longer than we hoped, and it’s not going to be as fair as we would have liked. If companies like Amazon choose to keep the process as secretive as possible in order to maintain the upper hand while negotiating tax breaks, it’s going to erase a lot of goodwill in their new hometown.

One other point I mentioned — in the past year, it seems more tech workers and founders than ever before have expressed interest in leaving Silicon Valley or expanding beyond it. I think that is in large part due to HQ2 — because if one of the world’s largest tech companies is thinking of going elsewhere, why aren’t you?

So, I’d like to hear from you — likely a founder, investor, or tech worker outside of Silicon Valley — about how the conversations in your tech community have changed in the past year.

Send me your thoughts and feedback via email, and as always, thanks for reading. You can also sign up here for VentureBeat’s Heartland Tech newsletter to get this column in your inbox weekly.

Check out this video from CNBC, “E-commerce jobs expanding in places manufacturing left behind” 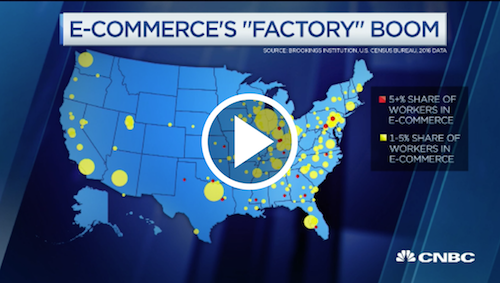 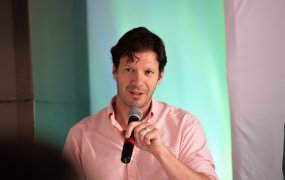 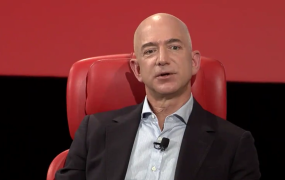 A year in, Amazon’s HQ2 search proves tech’s West Coast exodus will be slow and secretive

OPINION: One year ago, Amazon announced that it intended to build a second headquarters, dubbed HQ2. But Amazon didn’t have a specific destination in mind to build its headquarters — instead, it invited any metropolitan area in North America with at least 1 million people to pitch Amazon on why they should be chosen. Most corporate […] 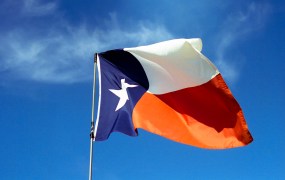 Silicon Valley isn’t over, but its influence is dwindling

GUEST: The Economist cover story “Peak Valley” highlights outrageous costs of living, poor local government, and high operating costs as the catalysts behind an impending Silicon Valley collapse. We’re skeptical, but we do see its influence dwindling as technology invades new sectors that drive the economies of other regions.

A venture firm called Hypothesis Ventures has formed to take advantage of a new $6 trillion opportunity — and that opportunity is found outside Silicon Valley.(via Fortune)

Earlier today, we took the stage at TechCrunch’s Disrupt event with top VCs Megan Quinn of Spark Capital, Sarah Tavel of Benchmark Capital, and Aileen Lee of Cowboy Ventures to explore some of the trends rippling through the startup investing ecosystem. (via TechCrunch)

Jaunt, a virtual reality tech company based out of San Mateo, Calif., is acquiring a specific software division of Personify, a Chicago-based startup that makes applications for streaming augmented and virtual reality videos. (via American Inno)

Commercial drone technology platform PrecisionHawk has acquired two companies to further expand its footprint in the energy sector. (via Hypepotamus)