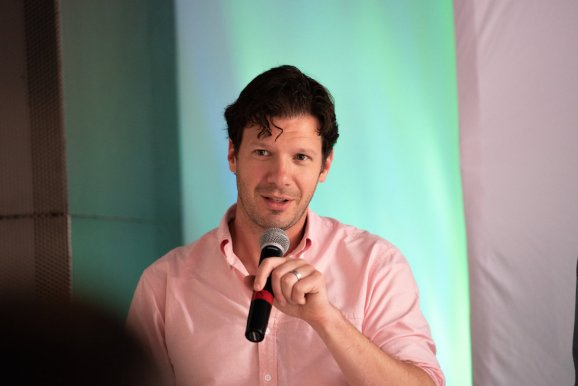 The company was founded in 2013, and cofounder and CEO Todd Olson said in a phone interview with VentureBeat that Pendo now has around 700 customers and that revenue has grown nearly 170 percent year over year. Olson declined to say what Pendo’s total revenue was last year, but he said it is “comfortably in the double-digit millions.” Pendo’s customers include Zendesk, Namely, and Sprinklr.

Pendo has raised a total of $106 million in venture capital funding, which the company claims is the highest amount of money raised by a Raleigh software company in nearly two decades. Olson said that Pendo plans to use the new round of financing to expand to Europe and to invest more in mobile — the company acquired an Israeli firm called Insert last year to do just that.

Pendo sells a cloud platform that helps companies — primarily in the B2B space — better capture product usage data by page and by feature, as well as garnering user feedback through in-app polls. This puts Pendo in competition with both messaging companies like WalkMe and enterprise analytics services like Mixpanel.

Analytics and customer feedback features may be readily accessible to many product teams within consumer tech companies, but Olsen argues that there hasn‘t been a sufficient product with those features readily available for enterprise tech companies.

“If you look at over the last 10 to 15 years of cloud computing — sales was the first department to really get disrupted, then marketing … and we think Pendo has a credible chance at being the leading cloud platform for product,” Olson told VentureBeat.

Pendo charges a company to use its product based on the number of customers that company has — Olson says a customer may pay anywhere from $10,000 to $100,000 annually to use the service.

“The vision is that when you’re using Pendo, you should be able to increase engagement or increase usage, and if we do that — which would benefit the business — then it should benefit us as well,” Olson said.

The company currently has 225 employees, primarily in Raleigh. Other employees are split between offices in Tel Aviv, San Francisco, and New York.

Megan Quinn, a general partner at Spark Capital and one of Pendo’s board members, told VentureBeat in a phone interview that when the firm was evaluating whether or not to invest in Pendo, they put down the company’s headquarters in Raleigh as a potential risk factor.

“We didn’t know a lot of potential candidates we could refer to the company, or local customers we could make introductions to for the company,” Quinn told VentureBeat.

She added that “Pendo’s location in Raleigh has completely flipped to be an asset,” and that it has the easiest time recruiting of all of Spark Capital’s portfolio companies. The area’s been attractive for employees looking to start a family or buy a house, thanks to its lower cost of living compared to other major metropolitan areas like New York City, San Francisco, or Boston.

Olson said that there’s more buzz around Raleigh now than when he first started the company, as Apple and Amazon have expressed interest or reportedly are interested in expanding there. But he says it’s still a challenge being in Raleigh, because “it’s still quite small in contrast to other regions,” and that he meets with entrepreneurs every week who are considering leaving the area.

“The reality is you can seek what looks like higher ground, in other regions…every region has its own set of challenges,” Olson said.