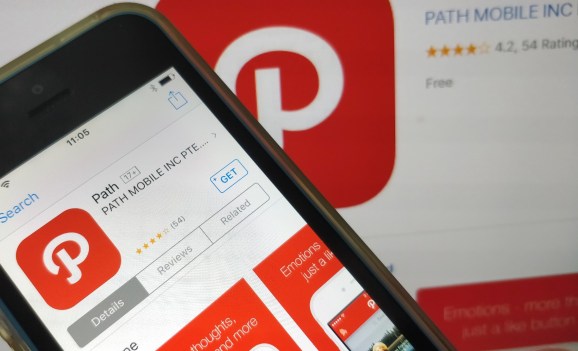 Path was once touted as the next Facebook: a social network built from its inception for mobile phones, with a focus on smaller groups. While those ambitions were long vanquished, today the company revealed that it will soon be gone forever.

The app will be removed from Apple’s App Store and Google Play on October 1, and the service will no longer be accessible from October 18, according to a blog post that was first spotted by TechCrunch. All Path-related customer service channels will be shuttered on November 15.

Path originally differentiated itself from other social networks by limiting interactions to just 50 contacts, though this was later expanded to 150 and then 500. At its peak, Path claimed more than 10 million registered users, though its growth in its home market had stalled, which led South Korean messaging company Daum Kakao to snap up the service in 2015, thanks in large part to Path’s stronghold in Indonesia, where more than half of its user base was situated.

Path’s downfall was already more or less complete, but today’s news confirms the inevitable. Earlier this year, Dave Morin responded to the Facebook/Cambridge Analytica scandal by revealing that he was considering rebuilding “a better Path,” though nothing has yet come to fruition.

Overwhelmed by requests to rebuild a better @Path. Considering doing it. If you are interested in working on such an idea, DM me. Let's see if a passionate team forms. If so, we'll do it.

A number of legacy social internet brands have fallen by the wayside this year, including StumbleUpon, which revealed it was closing down after 16 years, and Social influence platform Klout.

Meanwhile, Path users who want to retrieve a copy of their data can do so by visiting this link and logging in with their Path credentials before October 18.