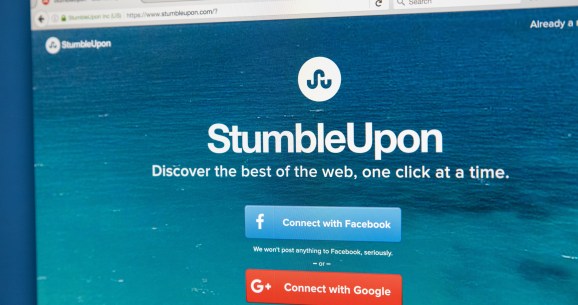 Homepage of the official website for StumbleUpon - a search engine that allows users to discover webpages that are personalised to their interests, on 7th August 2017.

StumbleUpon, the social content discovery platform founded way back in 2001, is closing down.

Cofounder Garrett Camp made the announcement in a blog post earlier today, stating that StumbleUpon accounts can be ported over to another of Camp’s products, Mix.com, “over the next couple of months.”

“We have built Mix to work on every browser and smartphone to make the transition as smooth as possible,” Camp said. “With a few clicks, you can register and import your SU (StumbleUpon) favorites, interests, and tags —  creating Mix Collections that are easily shared with friends.”

StumbleUpon was one of the earliest social content-sharing platforms to gain real traction on the web and has been used by around 40 million people since its inception, according to Camp. Users could share their favorite web pages, submit ratings and reviews, and receive recommendations for other content. Alongside Digg and Reddit, both of which are still operating, StumbleUpon served as a driving force in the rise of the social web before Twitter and Facebook became the forces they are today.

StumbleUpon was acquired by eBay for around $75 million in 2007 before being sold back to investors and its original cofounders — Garrett Camp and Geoff Smith — in 2009. After the company failed to land fresh investment and laid off dozens of staff, Camp reacquired a majority share in StumbleUpon in 2015.

Camp, of course, is also known as a cofounder of Uber, where he serves as board chair today. In 2013, Camp set up Expa, which is basically a “company that makes companies” and consists of a network of entrepreneurs. Mix is one of Expa’s spinout startups and was first announced back in 2015. It’s pitched as a content-discovery site for the mobile era:

Mix will provide a modern and elegant way to discover the best content liked by friends and experts, from across the web to your mobile device.

While StumbleUpon’s demise will be sad for some, others will likely be surprised that it was still operational at all. But all good things must come to an end, as the saying goes, and if you are still one of StumbleUpon’s loyal users, you’ll have until June 30 to transport your content over to Mix.

This announcement comes shortly after another legacy social internet brand, Klout, announced it will be closing shop on May 25, 2018.

“Creating StumbleUpon has been an amazing experience,” Camp added. “It was the first project I worked on back in college in 2002. I have personally clicked the stumble button hundreds of thousands of times, and learned a lot in the process. But it’s now time to focus on the future and create the next discovery platform that will uncover hidden gems we would never think to search for.”