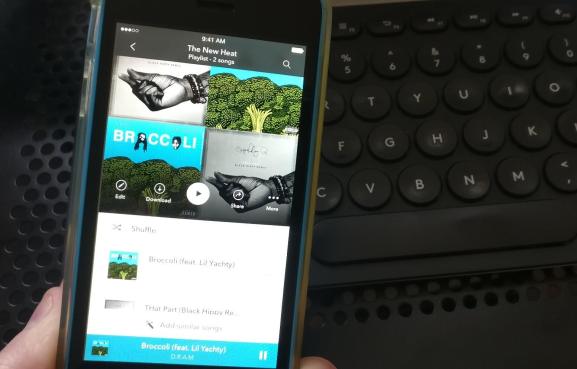 The deal comes a little more than a year after SiriusXM invested $480 million in Pandora for a 15 percent stake in the company, though rumors at the time suggested SiriusXM had wanted to acquire the company outright.

For most of its history, Pandora has essentially been an internet radio platform that offers users personalized stations. However, the company launched its on-demand Premium service last year to take on Spotify and Apple Music in the U.S. This was likely a key driver in SiriusXM’s decision to buy Pandora, as it provides an immediate inroad into home and mobile music-streaming. Plus, Pandora has been moving in the direction of becoming an audio-focused adtech company, as evidenced by its recent $145 million acquisition of Adswizz. The ability to offer programmatic “self-serve” ad-buying was presumably a major selling point for SiriusXM.

“We have long respected Pandora and their team for their popular consumer offering that has attracted a massive audience, and have been impressed by Pandora’s strategic progress and stronger execution,” said SiriusXM CEO Jim Meyer. “We believe there are significant opportunities to create value for both companies’ stockholders by combining our complementary businesses. The addition of Pandora diversifies SiriusXM’s revenue streams with the U.S.’s largest ad-supported audio offering, broadens our technical capabilities, and represents an exciting next step in our efforts to expand our reach out of the car even further.”

The fact that the acquisition is an all-stock deal (involving no cash) is telling — Pandora is currently trading at around $9, well below its 2011 $16 IPO price. The acquisition is still subject to approval by Pandora shareholders but, interestingly, Pandora said it may still solicit offers from other interested parties — the “go-shop” provision effectively keeps Pandora’s options open until the acquisition is concluded. This positions SiriusXM as something akin to a stalking horse bidder.

Should SiriusXM emerge as the winning buyer, it has said that the Pandora brand and products will continue.

“The powerful combination of SiriusXM’s content, position in the car, and premium subscription products, along with the biggest audio streaming service in the U.S., will create the world’s largest audio entertainment company,” added Pandora CEO Roger Lynch. “This transaction will deliver significant value to our stockholders and will allow them to participate in upside, given SiriusXM’s strong brand, financial resources, and track record delivering results.”