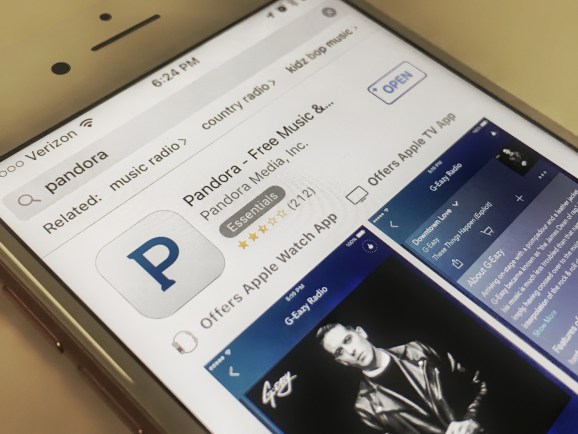 Pandora has settled ongoing speculation about its future by confirming it has received a $480 million investment from SiriusXM while offloading its ticketing business Ticketfly to Eventbrite for $200 million.

Rumors that Pandora was courting buyers have persisted for a while, with SiriusXM touted as one potential suitor. However, nothing has come to fruition, and Pandora insisted it wasn’t selling and that it was “focused on executing its strategy and its operating model.”

As things have transpired, Pandora’s claim was correct, however it’s now clear that the duo have been cozying up of late, as evidenced by the substantial investment.

“This is a very significant juncture in Pandora’s journey,” noted Pandora founder Tim Westergren, who rejoined the company as CEO last year. “After years of innovation and hard work we now have critical pieces in place: a massive and highly engaged audience, a market-leading digital advertising business, a best-in-class product portfolio, and a robust balance sheet that gives us the flexibility we need to attack what is becoming a larger and larger opportunity as digital music enters a new golden age.”

Pandora snapped up Ticketfly for what was reported at the time to be $450 million back in 2015, but the figure ended up being quite a bit less — $335 million, according to the company’s 2015 end-of-year SEC filing*. But still, to sell the company for 40 percent less than the purchase price must come as a blow. The transaction constitutes $150 million in cash and a $50 million note.

Founded in 2000, Pandora’s internet radio service is available in the U.S., Australia, and New Zealand and now claims 100 million listeners. Traditionally, Pandora had differed from the likes of Spotify in that it didn’t offer an on-demand subscription tier, but this changed when the company unveiled a Spotify-like subscription service in the U.S. earlier this year. Leading up to that, Pandora had been on a major reinvention spree, spearheaded by Westergren’s return to the hot seat last March, with a subsequent rebranding and a new logo.

Today’s investment from SiriusXM comes a month after a $150 million cash injection from KKR & Co, meaning that Pandora has an $800 million-plus war chest as its disposal, which it says will be used “sharpen” its operational focus and “strengthen the company’s board of directors,” according to a statement.

“Pandora is now poised to advance to the next stage of the company’s lifecycle,” added Pandora director Tim Leiweke. “We are pleased that the conclusion of our strategic review resulted in a major investment by a world class company like SiriusXM, and with the sale of Ticketfly, we will now redouble our focus on execution supported by a strong balance sheet.”

Pandora went public on the New York Stock Exchange (NYSE) back in 2011, and its shares peaked at more than $37 in 2014, around $20 above its IPO price. However, Pandora’s stock has dropped to below $10 in recent months, prompting the company to seek a buyer or investor — whichever came first.

*An original version of this article stated that Pandora had acquired Ticketfly for $450 million, but the actual figure ended up being $335 million.