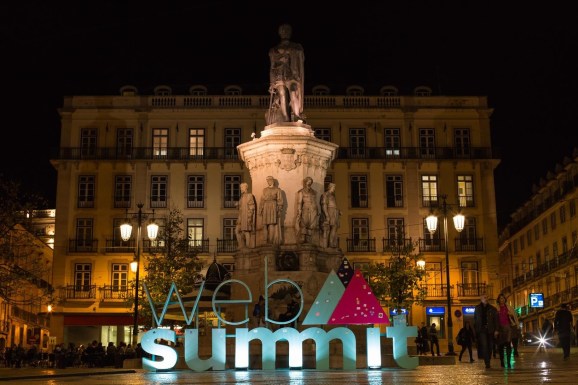 One of the world’s largest tech conferences, Web Summit announced today that it will stay in Lisbon at least 10 more years, thanks to a new deal signed with Portugal’s government.

The deal comes just as the mega-conference is gearing up for its next edition in early November, marking its third year in Lisbon since leaving its birthplace of Dublin. By 2015, the conference had grown rapidly, straining Dublin’s infrastructure and leaving organizers looking for a new location that also offered better weather.

Since relocating to Lisbon in 2016, Web Summit has continued to gain momentum. Under the new deal, the government will invest millions to expand the venue and other infrastructure to accommodate the event’s growth.

“We’re incredibly excited to be staying in Portugal,” said Web Summit CEO Paddy Cosgrave, in a statement. “Without a larger venue, this would not be possible. Even until a few months ago, we never believed it would be possible. The plans are incredible, and we’re very thankful to all those who have worked on them.”

Read more: Portugal looks to its fledgling tech ecosystem to reboot a struggling economy after its first Web Summit.

Lisbon has seen its startup profile increase significantly since Web Summit landed. But once again, the event was testing the limits of its host city. With its original contract coming to an end, organizers were again entertaining offers to move the event elsewhere, according to the press release.

But Lisbon beat out as many as 20 contenders, in part by agreeing to pay Web Summit $12.7 million annually. In addition, the government agreed to double the size of the Altice Arena and Feira Internacional de Lisboa to allow the conference to continue its expansion. The goal is to have the construction done by 2019.

In return, Web Summit officials signed a $3.5 billion buyout clause. That is the estimated impact to Portugal over 10 years, and if the event leaves before the end the contract, it will have to pay the balance.

“This 10-year agreement with Web Summit will decisively make Lisboa a key capital for innovation, entrepreneurship, and talent,” said Lisbon mayor Fernando Medina, in a statement. “I am confident the next few years will bring a sharp raise in IT investment and employment in Lisboa. We are thrilled to continue to write this story together with Web Summit.”