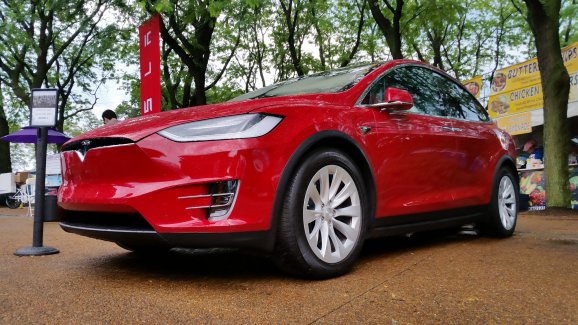 Public perception of self-driving cars isn’t exactly rosy — and that’s being generous. More than 60 percent of respondents to a recent Brookings poll said they were “not inclined” to ride in autonomous vehicles, and almost 70 percent of those surveyed by the AHAS expressed “concerns” about sharing the road with them.

But Tesla says those fears are overblown.

“Earlier this year, when we made the decision to begin publishing our safety data on a regular basis, we designed and introduced a completely new telemetry stream for our vehicles to facilitate these reports,” the company wrote in a blog post. “This new data stream allows us to gather the most critical fleet-wide statistics from the exact moment a crash-related event is detected by our system.”

According to Tesla, the past three months saw one accident or “crash-like” event — near miss — for every 3.34 million Autopilot miles, versus one for every 1.92 million miles driven by with Autopilot disabled. That’s compared to the national average of one crash per 492,000 miles, according to the National Highway Traffic Safety Administration (NHTSA).

In the report, Tesla said it’s kicking off an initiative to create “a more complete picture” of safety by gathering injury data from customers following an accident. Currently, it checks in on drivers via phone when its system detects a crash, and in the future, it’ll use those calls to ask whether they’ve been seriously injured.

“As we are working hard to make our cars the safest and most capable cars on the road in terms of passive safety, active safety, and automated driving, we must continue to encourage driver vigilance on the road — that is, by and large, the best way to prevent traffic accidents,” Tesla wrote.

The automaker’s report comes shortly after the unveiling of a custom-designed processor Tesla says will enable “full self-driving,” and after a trying two years for Autopilot.

Autopilot was determined to have been engaged in the moments leading up to a fatal Model X collision this spring — the second fatality involving Autopilot since a crash in May 2016. (Tesla said that in the moments leading up to the most recent accident, the driver had received “several visual and one audible cue” to take back control of the car.) Separately, the driver-assistance system has been blamed for a number of fender benders, including one earlier this year in which a Tesla Model S collided with a parked Culver City fire truck.

Tesla is not the only autonomous carmaker suffering blowback, of course. Uber suspended self-driving tests nationwide after a fatality two months ago in which a 49-year-old woman was struck and killed by one of the company’s self-driving SUVs in Tempe, Arizona. It resumed tests in Pittsburgh in April following a “top-to-bottom” review of its self-driving program.