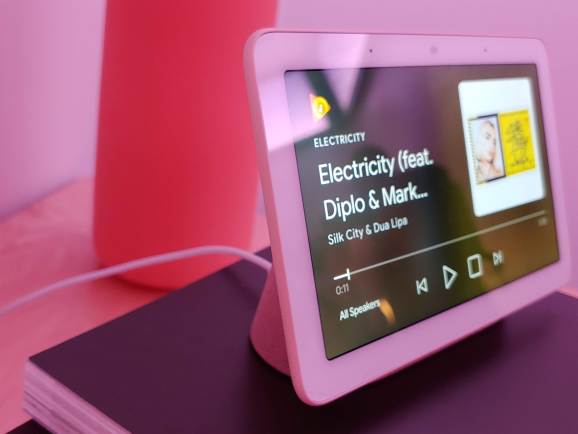 With a 7-inch screen, it’s smaller than many of its competitors, but the Home Hub appears to be king in one very simple metric: price.

It’s even cheaper than smart displays with similar user interfaces and Google Assistant inside on store shelves now, such as the $199 JBL Link View and Lenovo Smart Display.

In fact, the Home Hub is only $20 more than the original Google Home smart speaker, which was first rolled out in late 2016 and still sells for $129.

That said, the Home Hub is missing a crucial piece compared to its competitors: a camera for video calls or, as is the case with Portal devices, augmented reality effects.

Despite these shortcomings, don’t be surprised if Google sells a lot of Home Hubs compared to other smart displays.

A Morning Consult survey conducted last year found that price was the most important factor when considering the purchase of a smart speaker. That’s why the Amazon Echo Dot and Google Home Mini at $49 each are two of the top-selling smart speakers in the world today, and why Xiaomi and Alibaba in China are climbing the global sales charts.

The most important time of year for smart displays and smart speakers is just around the corner, as the holiday season is still considered the biggest time for overall sales.