Fireflies.ai today launched a conversational AI web app that transcribes meetings, highlights portions worthy of keeping in your notes, identifies call participants, and even automates assignments doled out in a meeting.

Fireflies.ai had previously been available to a limited group of enterprise customers, but the launch today means anybody can use the service. For the announcement, Fireflies was named #1 product of the day today by Product Hunt.

The Fireflies service is integrated with a number of workplace communication apps including Slack, Skype for Business, Zoom, BlueJeans, and Google Hangouts Meet, and it can log notes in CRM systems like HubSpot and Salesforce. Fireflies can be invited to join your calendar to automatically record calls, but can also transcribe and offer insights from prerecorded audio. 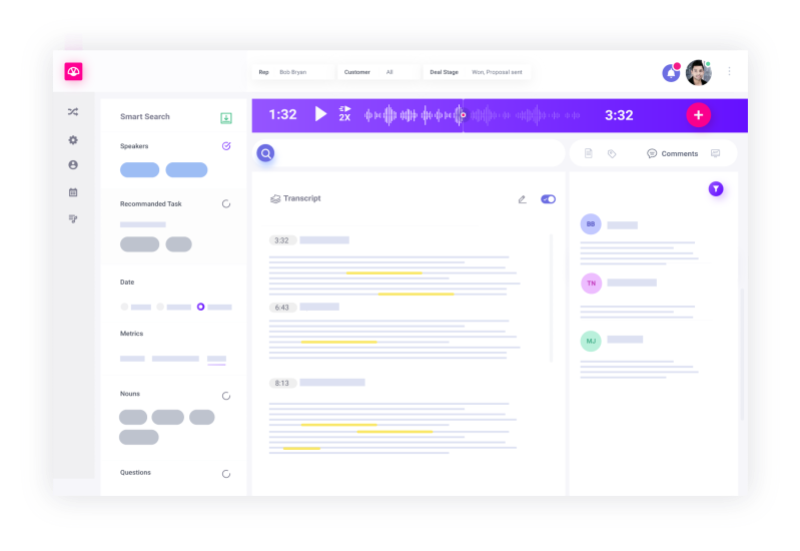 While automated meeting transcripts and task assignments were less common a year ago, Fireflies now competes with a number of emergent products, including Microsoft Teams, which began to offer automated meeting transcriptions earlier this year, as well as startups like TalkIQ, which was recently acquired by Dialpad, and Voicera, which has received financial backing from venture capital arms at Microsoft, Google, Salesforce, and Cisco.

Fireflies plans to be different, cofounder Krish Ramineni told VentureBeat in an interview, by creating industry-specific transcription models starting with customer service and sales agents, and by providing automated insights with suggested notes and action items.

“Transcriptions overall are getting better, but I think the value is going to come from how you leverage that data and you can pump it into different streams, so for us getting that data into Salesforce, getting that data into HubSpot or Slack, and being able to curate and synthesize and extract value out of that data, that’s where we’re differentiating ourselves the most,” he said.

In addition to creating natural language understanding models to convert speech-to-text for specific industries like real estate, Fireflies is exploring ways to measure how people felt about a call using sentiment analysis.

“We’re doing a lot more interesting work around sentiment analysis, data capture, alerting, and all that stuff through that stack, so that’s how we’ve evolved as a platform over the last year,” he said.

Fireflies.ai was founded in 2016 by Ramineni and Sam Udotong and is based in San Francisco. The company has nine employees.