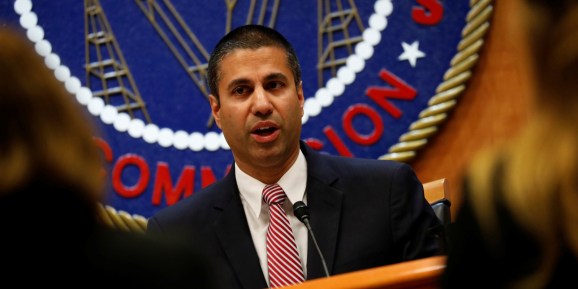 Two votes from the FCC today resolved longstanding questions regarding the future of so-called “mid-band” radio spectrum in the United States. In a 3-1 vote, FCC commissioners opened the 3.5GHz band up for use in 5G networks, with a separate unanimous vote expanding the 6GHz band to next-generation Wi-Fi devices. Collectively, the FCC’s orders set the stage for dramatically better mobile devices and wireless routers than what’s available today.

As carriers and chipmakers prepare for global launches of high-speed 5G cellular networks, understanding the 3.5GHz order is particularly important. Previously, the 3.550-3.700 GHz band was reserved for U.S. naval radar use, but it’s a suboptimal allocation of radio spectra — the Navy doesn’t use it at all locations and times. So the FCC is creating 15 channels within that band, auctioning seven to “priority access licenses” and offering eight for general access, with the Navy getting priority across the band wherever and whenever it needs it.

While the specifics of the 3.5GHz order aren’t of interest to most people, the upshot is that the private sector will get access to useful and largely unused midrange spectrum for use in 5G networks. Researchers and regulators in Europe and Asia have identified the 3.5GHz band as ideal for 5G signaling, as it offers an excellent combination of wireless signal distance, building penetration, and bandwidth; the only challenge has been reallocating previously-reserved spectrum for 5G. Now, that can happen, and 5G devices can be built to support the same 3.5GHz ranges across North America, Europe, and Asia.

Industry group CTIA immediately applauded the outcome. “We commend Commissioner [Michael] O’Rielly and the FCC for making targeted changes to the 3.5 GHz band to facilitate the deployment of next-generation wireless networks,” said CTIA CEO Meredith Attwell Baker. “Mid-band spectrum is essential to spurring the innovative 5G services of tomorrow, and the FCC’s approach represents a better balance that will make this first-to-market mid-band spectrum more investment friendly for a wide array of users.”

The 6 GHz vote was even less controversial. Current Wi-Fi networks operate primarily on two radio bands — 2.4GHz and 5GHz — with a small number of recent routers also offering 60GHz “WiGig” support. Going forward, the Wi-Fi Alliance seems to be focused largely on 2.4GHz and 5GHz solutions, but hoped to open up nearby 6 GHz spectrum so Wi-Fi networks can have even more bandwidth.

Today’s FCC vote did just that, making 6GHz spectrum available for use by Wi-Fi devices — up to 1.2GHz of additional spectrum will become available in that range, specifically spanning 5.925 to 7.125GHz. It will also open the 6GHz spectrum for use by non-Wi-Fi standards, whatever they may be.

Immediately after the voting was finished, the Wi-Fi Alliance praised the result. “Today, more than ever, Wi-Fi is expected to deliver vast amounts of data traffic that comes with broadband services such as 5G,” said Alliance senior director Alex Roytblat. “Wi-Fi 6 is designed to support these growing data throughput requirements, and needs additional unlicensed spectrum access to accommodate wider channels and other technical innovations. That is why access to the mid-band, 6 GHz, unlicensed spectrum is so important to Wi-Fi’s future.”

Like the 3.5GHz order, the 6GHz order has the potential to displace existing devices, this time point-to-point microwave links made outdoors, as well as signals from the obscure Broadcast Auxiliary Service and Cable Television Relay Service. However, the FCC appears to expect minimal signal overlap between prior and future devices, as Wi-Fi devices are likely to be operated only indoors, and it might restrict the power of indoor devices to keep them from interfering with outdoor signals.