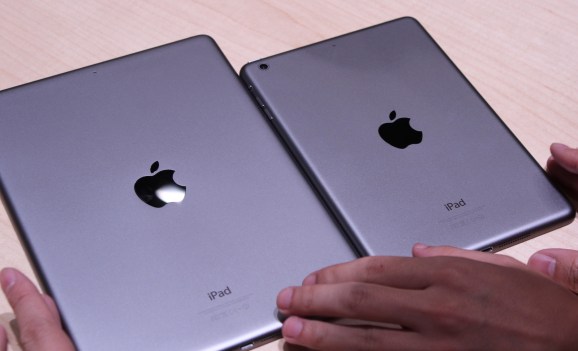 The iPad mini is smaller than a full-sized iPad (iPad Air shown here).

Just ahead of Apple’s “more in the making” event in Brooklyn, frequently reliable analyst Ming-Chi Kuo (via MacRumors) has set out his expectations for Apple product announcements over the next six months, and there are a couple of surprises on the list: a new version of the iPad mini, and a working version of the AirPower wireless charging mat. He also offers last-minute predictions regarding several previously anticipated products, including new iPad Pros, AirPods, and Macs.

According to Kuo, Apple is indeed planning a sequel to its smallest tablet, the iPad mini 4, which has been neglected for several years. The iPad mini 5 is expected to include an upgraded processor and a less expensive display, but its release date is a question mark — it could be released late this year or early next year.

Apple’s wireless charger AirPower was originally scheduled to debut in 2018, but has spent the entire year clouded by unusually detailed rumors of engineering problems. AirPower was promised as a three-device wireless charger for the iPhone, Apple Watch, and AirPods, capable of delivering different power to each regardless of their location on the white pad’s surface.

Despite claims last month that it had been canceled, and a wholesale scrubbing of its existence from Apple’s website, Kuo still believes that the accessory could be released late in 2018 or early in the first quarter of 2019. He also believes that the sequel to AirPods will debut with Hey Siri functionality, a new wireless chip, and the wireless charging case, all previously rumored.

Less surprising are Kuo’s predictions for the 2018 iPad Pro, which he continues to expect will arrive with USB-C ports and a redesigned Apple Pencil. However, Kuo says that there will be two iPad Pro models with “improved displays,” the latter a new claim without specifics. On the Mac side, he continues to expect a new low-cost MacBook model — likely the Retina screened MacBook Air previously rumored — along with updates to the 12″ MacBook, iMac, and Mac mini.

Kuo’s predictions on new iPhone and Apple Watch models turned out to be almost entirely correct, so it’s likely that Apple’s “more in the making” event will include the majority of the items above. It will start at 10 a.m. Eastern on October 30, and stream online from Apple’s website.