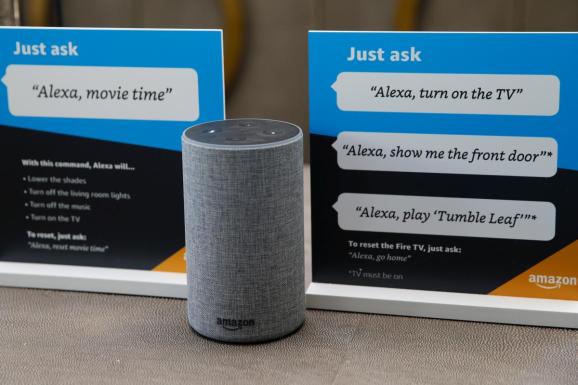 Prompts on how to use Amazon's Alexa personal assistant are seen in an Amazon 'experience centre' in Vallejo, California, U.S., May 8, 2018.

Amazon Polly, for the uninitiated, is an AWS service that launched back in 2016 to allow developers to add new voice capabilities to their applications. For example, read-it-later service Pocket recently introduced a new feature to its app that lets you listen to articles read by a more human-like voice, using Amazon Polly. Before then, Pocket used a not-so-easy-on-the-ear robotic voice.

The Alexa Skills Kit is basically a bunch of APIs that developers can use to build voice-powered features and integrations for Alexa. Back in May, Amazon announced it was adding eight new voices to ASK via Polly, though it was only available in developer preview for English-speaking Alexa skills in the U.S. In August, the company expanded the preview to include more languages.

Today represents the full global rollout for Polly’s synthesized voices in ASK, with developers able to access 27 different voices in all regions where Alexa is available — allowing them to make their skills more varied and engaging. Developers can also customize pronunciations and speed up or slow down the pace.

Prior to this, developers could use additional voices in their skills by uploading their own mp3 files, but Polly’s built-in multi-voice smarts provide a much easier conduit for adding multiple characters.

Indeed, developers can leverage Speech Synthesis Markup Language (SSML) tags, released by Amazon last year, to allocate a different voice to any phrase or noise uttered by a human character in an application. This will prove particularly useful in games or stories where several characters are used to convey a narrative — though it could also go some way toward putting human actors out of work.

“Amazon Polly has provided us a way to add many different characters and personas to our Angel Investor skill in seconds with the simple addition of an SSML tag,” said Stoked Skills founder Gal Shenar. “As our skills constantly grow and evolve, it isn’t feasible to hire voice actors at every increment. Amazon Polly voices allow us to provide the experience we want with almost no additional effort.”