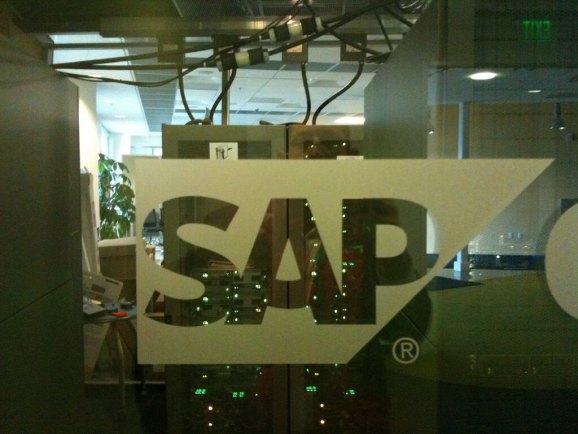 Just days ago, Wall Street was expecting experience management software firm Qualtrics to debut on Nasdaq. Now, traders won’t have a chance to snap up Qualtrics shares — but for a good reason.

Enterprise giant SAP announced last night that it has acquired Qualtrics for an eye-popping $8 billion. Qualtrics was expecting to go public this week, having filed its S-1 toward the end of October.

SAP CEO Bill McDermott and Qualtrics CEO Ryan Smith told VentureBeat in a phone interview this morning that although the pair have been in talks for months, the deal came together over this weekend, before Smith was expected to resume Qualtrics’ IPO road show. The two believe there’s great potential in combining SAP’s operational data with Qualtrics’ experience data, gathered through surveys and data analysis powered by Qualtrics’ software.

Qualtrics has nearly 2,000 employees, with dual headquarters in Seattle and Provo, Utah. The deal, which is expected to close in the first half of 2019, is poised to be the largest tech exits in each of these communities this year.

McDermott said that SAP plans to maintain Qualtrics’ presence in both cities. SAP already has thousands of employees in the Seattle metro area, having purchased travel expense management firm Concur in 2014 for $8.3 billion. McDermott praised the potential he’s seen in Provo, saying that the Qualtrics acquisition “gives us a whole new way of looking at this space around the United States where we can really attract a wonderful workforce and a beautiful community with great culture, tremendous commitment to innovation.”

“I’m really impressed on the IT side, and high-tech innovation side. I think Silicon Valley’s got its work cut out for them on competing with Utah,” McDermott added.

Smith started Qualtrics with his brother and father in Provo in 2002, opening the company’s Seattle office in 2015. The company was bootstrapped until 2012. When asked if he plans to invest more in the Utah tech community following the SAP acquisition, he said that the budding “Silicon Slopes” tech community is already poised for positive growth.

“We relocated 155 people [to Utah] last year — this is just going to continue,” Smith told VentureBeat. “It’s one of the tech hubs that people used to come and visit, and then they would go back to Silicon Valley or other places to work — now they’re living here.”

The Qualtrics acquisition is the third in a string of exits from the tight-knit Utah tech community this year. Farmington, Utah-based education tech company Pluralsight raised more than $130 million in its IPO this year and currently has a market cap of $2.73 billion. Data analytics Domo, valued at more than $1 billion before its June IPO, has a market cap of $445 million. VentureBeat reported earlier this year how the CEOs of these three companies meet regularly to discuss ways to draw more tech talent to Utah.

New billionaires in town. Qualtrics sells to SAP for $8 billion!! #SiliconSlopes baby. Congrats @RyanQualtrics and team. Just WOW!!! What an unbelievable company. Congrats to @BillRMcDermott as well. You got a gem! https://t.co/TYyQpC1QzZ

In Seattle, Avalara, Smartsheet, and DocuSign have all gone public this year. Of those three, DocuSign has the largest market cap, at $6.62 billion.

Before going public, Qualtrics was valued at $2.5 billion, having raised $450 million in venture capital from firms that include Accel, Insight Venture Partners, and Sequoia Capital. However, last week Qualtrics was set to 20.5 million shares at a price of $18-$21 per share when it went public, which could have resulted in a valuation of $5 billion.

So, why the high price tag? McDermott predicts SAP’s acquisition of Qualtrics will have an effect similar to that of Facebook’s Instagram acquisition. Here’s McDermott explaining how the deal will impact a customer of both SAP and Qualtrics, Under Armour:

Under Armour runs their whole business on SAP, everything from their customer relationships in every single channel on any device, including direct to consumer, wholesale, and retail. We know the prior history of the consumer, we can fulfill on a geospatial level wherever that consumer is physically … but what we don’t know is why the customer feels a certain way about Under Armour’s Hovr shoe, which is their number one shoe in the market today and the future of the company. But you know who knows that? Qualtrics knows that. They know why the customer likes the size, the fit, the color style, the scheme, the experience they’re having. Now, having that rich dataset combined with all the operational data we have, is giving a company like Under Armor a total 360 degree experience of what’s going on with their brand.

Qualtrics secured a slight profit last year of $2.6 million on $289.9 million in revenue and has more than 9,000 customers. SAP is projecting revenue upwards of $28 billion this year.

Updated on 11/13: Updated to clarify that Concur’s headquarters are in the Seattle metro area, not Seattle proper.