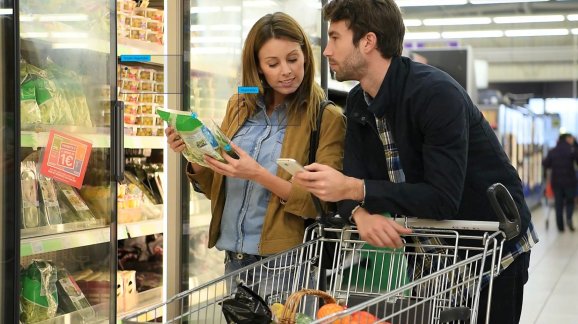 Amazon reportedly plans to open more than 3,000 cashierless Amazon Go stores by 2021, but Tel Aviv startup Trigo Vision hopes to beat it to the punch. It today announced a partnership with Shufersal, Israel’s largest supermarket chain, that will see its automated retail platform installed in over 272 stores.

“We believe our cooperation with Trigo will transform the shopping experience and will minimize our customers’ friction points in the stores,” Itzik Abercohen, CEO of Shufersal, said. “Customer satisfaction is one of Shufersal’s main guiding principles, with technology playing a big role.”

Trigo Vision, which emerged from stealth in July with $7 million in seed funding from Hetz Ventures and Vertex Ventures Israel, aims to bring checkout-less experiences to existing brick-and-mortar stores. Its team of former Google, Amazon, and Apple employees has developed a system that, much like Amazon Go, leverages ceiling-mounted cameras to track customers as they navigate store aisles and toss items into their shopping carts.

For a monthly subscription fee, Trigo supplies both high-resolution, ceiling-mounted RGB cameras and an on-premises “processing unit” that runs machine learning-powered tracking software. Data is beamed from the unit to a cloud processing provider, where it’s analyzed and used to improve Trigo’s algorithms.

It’s a scalable system — Michael Gabay, CEO and cofounder of Trigo Vision, said there’s virtually no limit to the number of objects and people it can track — and it works in “medium to small” convenience stores. (Shufersals range from 150 square feet to 8,000 square feet.) It’s also customizable; Trigo’s partners can have shoppers enter their payment information in either bespoke apps or kiosks, both of which display running receipts that can be amended by store clerks in the event a mistake is made.

Currently, the system is about 99.5 percent accurate.

If a customer leaves the store and later discovers they were charged for something they didn’t buy, it’s up to the retailer to accept or deny the return, Gabay said. That’s unlike Amazon Go, which offers no-questions-asked refunds on items accidentally purchased.

“We allow the retailers to [fine-tune] the solution,” Gabay told VentureBeat in an earlier interview. “They don’t have to change the layout or structure of the store … How they want to deploy the system is up to them. Our goal is not to be directly engaged with customers — retailers know their customers and their customers’ needs.”

Trigo’s tech doesn’t just keep track of purchases. Gabay said that it could be used to prevent shoplifting and provide insights for customer engagement, like a heavily trafficked aisle or a pallet of slow-moving perishables.

All that surveillance might normally raise concerns about privacy, but Gabay said that Trigo’s system is compliant with the General Data Protection Regulation (GDPR), an EU law on data protection and privacy that gives users more control over their personal data. It anonymizes the data it collects, and individual shoppers can’t be identified beyond the products they’ve purchased.

“We strongly believe this is the right approach to develop cutting-edge technology that brings value to customers,” he said.

Gabay added that Trigo has doubled its R&D team since emerging from stealth and that it now employs 20 people. If all goes well in this rollout, it’ll deploy its platform in the rest of Shufersal’s more than 300 stores.

Trigo isn’t the only cashierless solutions startup competing with Amazon.

Standard Cognition, meanwhile — which opened a location in San Francisco last month — offers retail partners an AI-driven system that, like Trigo’s, taps a network of cameras to track customers through aisles, automatically tabulate their bills, and surface relevant coupons. So too does Zippin, which also debuted a checkout-free store in the Bay Area recently.

Amazon is the elephant in the room, of course — its Amazon Go locations in Seattle, Chicago, and San Francisco employ sensors, AI, and smartphones to streamline retail flows. And even Microsoft is said to be working on cashierless store technology.

But if the competition is keeping Gabay up at night, he didn’t let on.

“Shufersal is a clear market leader in adopting innovation and bringing new retail experiences to its customers. They immediately recognized the potential of our platform and we’re delighted to be collaborating with them, propelling the forefront of the next retail era here in Israel,” he said. “Moreover, this deal will accelerate our development in a real store environment with real customers rather than trialing our technology in a concept store or lab development.”