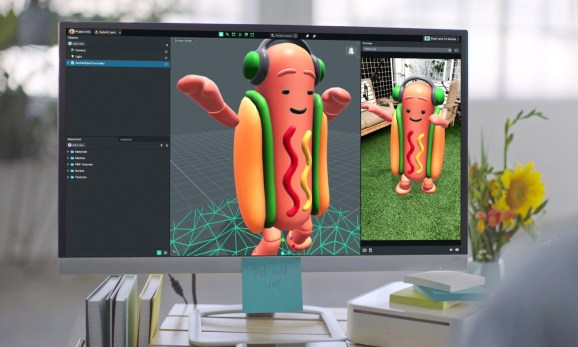 A year ago, Snap launched its first desktop app, Lens Studio, to give artists and agencies the ability to create and run their own sponsored AR lenses. But companies still might not readily know what agencies have prior experience creating lenses. So Snap is today announcing the launch of a Creative Partners program, a group of “certified AR creators” that it points brands toward if they want to start dabbling in sponsored lenses.

At launch, the Creative Partners program has more than 30 members, ranging from international ad agencies like R/GA and Grey Advertising to five-person AR/VR shops. Companies can go to Snap’s partner site for advertisers to see a list of agencies included in the program.

Snap says that all of the creative agencies included at launch have been using Lens Studio since the beginning and have also completed a course on ad policies and buy models. A spokesperson said Snap hopes to add more than 100 creators to the program over the next several months.

The company says that since Lens Studio launched, over 250,000 lenses have been created and collectively viewed over 15 billion times.

Recent surveys from eMarketer and Boston Consulting Group show that advertisers are becoming more receptive to running AR ads, but that doesn’t necessarily mean they will turn to Snapchat to do so. In the past year, Facebook made its own push into AR with the F8 announcement that it was testing shoppable AR experiences, as well as a summer announcement that it was testing News Feed AR ads with companies like Bobbi Brown, Wayfair, and Sephora.

VentureBeat reached out to three other agencies that will be part of the Creative Partners program at launch. They said via email that when they first started working with clients on sponsored Snapchat lenses, most of them were familiar with AR but didn’t quite know what kind of user behavior it could drive.

“One of our big goals for 2019 is to get clients thinking beyond one-off campaigns for lenses,” said Eytan Oren, CEO of social media and chat marketing agency Block Party. Oren said that Block Party has built a handful of AR lenses for music clients, primarily to promote a single or album launch, but that they’re also starting to see interest from nonprofits.

Caitlin Mitchell, social strategy director at the Richards Group, told VentureBeat that one of the more successful Snapchat lenses they created was for Dr Pepper, which got 4.7 million impressions and 14,822, “swipe-ups” to unlock the lens.

It’s worth noting just how early it still is for the world of AR advertising — Oren and Mitchell said that their respective companies have each created fewer than 10 sponsored lenses since the Lens Studio app launched last year. Warm & Fuzzy, a six-person creative studio in Los Angeles focused on AR, VR, and animation, said that it’s seen a bit more traction — the studio has created dozens of Snapchat lenses so far — but that its clients are mostly digital agencies and marketers already receptive to emerging technologies like AR.

“When Snap began monetizing AR, clients saw lenses as more of a novelty awareness play. We’re starting to see an evolution that with the right creative, you can be driving consideration, intent, and conversion,” Brent Davis, head of Warm & Fuzzy, told VentureBeat in an email.