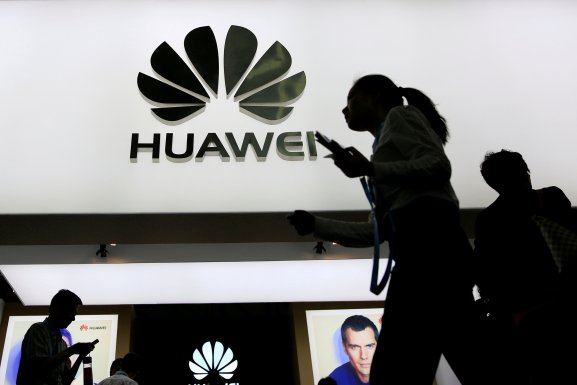 If 5G equipment bans from the United States, Australia, and New Zealand weren’t enough this year, Huawei will end 2018 on an even worse note: Kyodo News reports that Japan’s government has decided to block the Chinese company and its smaller rival ZTE from network hardware procurement. Not coincidentally, Canadian authorities are publicly discussing a similar ban following last week’s arrest of Huawei’s CFO.

Japan’s decision comes less than a month after the United States reportedly lobbied several overseas allies to block Chinese cellular hardware from their wireless networks, in part due to concerns over monitoring of U.S. military base communications. According to reports, the U.S. floated the prospect of financial subsidies for compliant countries, alongside the threat of reduced assistance to non-compliant ones.

Kyodo reports that the Japanese government complied, and is coordinating with top cellular providers to remove Huawei and ZTE hardware from their networks. Three carriers have agreed to stop using Chinese 4G equipment and not introduce new 5G hardware into their networks. A soon-to-be-launched fourth carrier has also said it will not use Chinese networking gear.

“It’s extremely crucial not to procure equipment that embeds malicious functions including information theft and destruction,” said Yoshihide Suga, Japan’s Chief Cabinet Secretary, noting that the country is now studying what to do with already purchased Chinese hardware. Top carrier Softbank has indicated that it will replace Chinese 4G cellular products with U.S. and European alternatives, while rivals NTT Docomo, KDDI, and Rakuten will avoid using Huawei and ZTE networking hardware in their 5G infrastructures.

Notably, none of the Japanese carriers will stop selling consumer devices such as phones and tablets from Huawei or ZTE, as they are not believed to impact core network security. That’s unlikely to change in the immediate future, giving users the ability to keep purchasing comparatively inexpensive Chinese products — albeit with potential security risks.

Huawei has strongly denied accusations that its products constitute any form of security risk, and continues to offer its 5G networking hardware to carriers in South America, Africa, and Asia. ZTE was nearly forced to stop doing business entirely after a brief but hastily modified ban by the U.S. government, and actively turned its attention to pitching Japanese cellular companies, apparently without success.

China’s government has responded forcefully to each of the international bans, most recently defending Huawei and ZTE in a statement (via Google Translate) ahead of the Japanese government’s decision. But the protestations have generally fallen on deaf ears, and U.S. officials have continued to lobby friendly intelligence agencies across the world.

Northern neighbor Canada could be the next major U.S. ally to block Huawei from its communications networks. U.S. lawmakers lobbied Canadian Prime Minister Justin Trudeau for a ban on Huawei 5G gear in October, but the government was largely quiet until shortly after Huawei CFO Meng Wanzhou — daughter of the company’s founder, Ren Zhengfei — was arrested in Canada last week on charges of violating U.S. sanctions against Iran.

Though Canadian authorities have described the arrest as non-political, it brought longstanding issues with Huawei to greater attention in the Canadian media. Shortly after The Globe and Mail published a scathing opinion piece on Huawei, former Prime Minister Stephen Harper called for the company to be banned, suggesting that western allies needed to hold China accountable for “rule breaking” that imperiled its trade relationships with partners. “I obviously note that the United States is encouraging western allies to essentially push Huawei out of the emerging 5G network,” Harper said, “and my personal view is that that is something western countries should be doing in terms of our own long-term security issues.”

Soon thereafter, the Toronto Sun built upon Harper’s comments in an anti-Huawei editorial, saying that the company couldn’t be trusted to participate in Canada’s 5G network. And in a separate interview today, Canada’s Infrastructure Minister Francois-Philippe Champagne told the National Post that the country is relying upon input from its intelligence services in deciding whether to ban Huawei, putting national security first in the decision.

While there’s no timetable yet for Canada’s decision on Huawei, and Champagne has said that the issue is too important to be rushed, time is running out if the country hopes to deploy 5G over the next year. Huawei participated in 5G testing with Canadian carrier Telus in February, but by March, Canadian authorities began to question the wisdom of deploying Huawei 5G hardware. The first live Canadian 5G network, dubbed ENCQOR, is scheduled to begin serving business customers in early 2019.