Fitbit today announced Fitbit OS 3.0. The new version adds an extended on-device dashboard, on-device quick logging for weight and water intake, and goal-based exercise modes originally introduced with the Fitbit Charge 3. “We are excited to announce these software and app updates, as they provide Fitbit smartwatch users with more ways to take action based on their personal data to achieve their health and fitness goals,” Fitbit product senior vice president Jon Oakes said in a statement.

Fitbit OS 3.0 is supposed to give Fitbit smartwatch owners “even more personal data at a glance.” The expanded on-device dashboard includes more stats and data — including sleep, water intake, and weight — additional exercise stats, and heart rate and hourly activity. Goal-based exercise modes let you set a goal for calories burned, distance, or time for more than 15 exercises, and you can see real-time stats, progress, and celebrations when goals are reached. 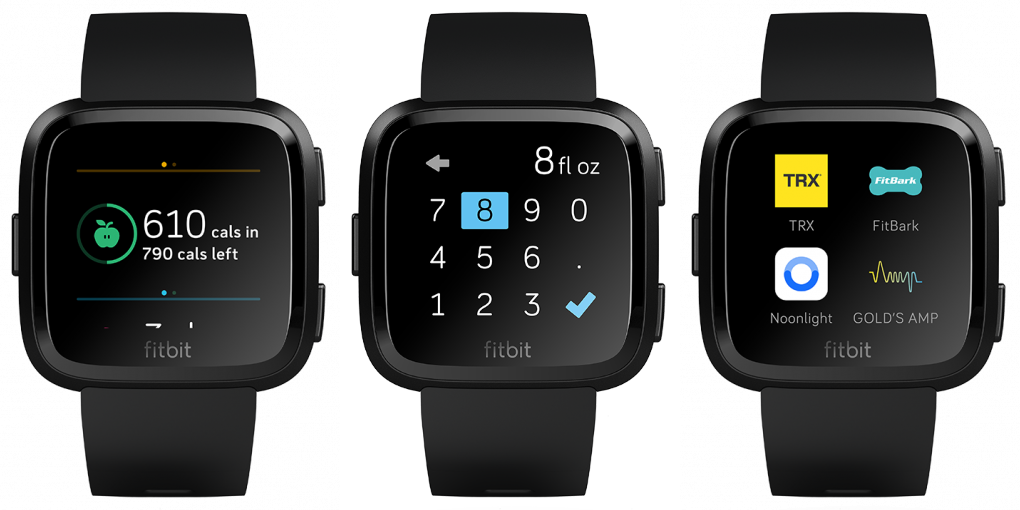 Developers can now also use their own algorithms when building health and fitness apps and can record custom exercise sessions on the Fitbit platform. The hope is that developers will design Fitbit smartwatch apps for more complex (not step-based) activities — like snowboarding, skiing, and skateboarding.

Two such apps are already debuting in the Fitbit Featured App Gallery: Alpine Snow and Skateboard. The former lets you take your Fitbit device on the slopes to track distance traveled, GPS route, number of runs, speed, altitude, weather conditions, calories burned, and heart rate in real time. The latter can track your speed, heart rate, calories burned, and distance traveled while you skateboard.

Speaking of new apps, Fitbit today also announced 10 new partner apps and clock faces coming to the Fitbit App Gallery. “We are partnering with some of the most popular health and fitness brands to develop apps that leverage Fitbit data to offer unique experiences and deliver more valuable and personal insights to help our users live healthier lifestyles,” Fitbit CMO Tim Rosa said in a statement.

The first four are available today:

The other six apps that are coming in early 2019: Charity Miles, FitBark, Gold’s Amp for Fitbit, Mindbody, Noonlight, and TRX.