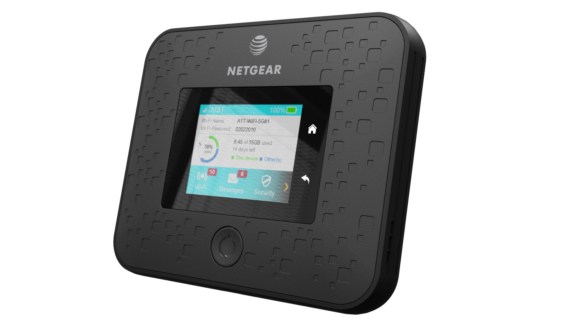 Squeaking in just under the wire for its promised “end of 2018” 5G network launch, AT&T said this morning that its network is now live in parts of 12 cities across the United States, with the first mobile 5G device arriving on Friday, December 21.

According to an AT&T spokesperson, the company’s 5G network is already up and running in parts of the previously promised dozen cities: Atlanta, Charlotte, Dallas, Houston, Indianapolis, Jacksonville, Louisville, Oklahoma City, New Orleans, Raleigh, San Antonio, and Waco. However, the first consumer device that will be able to access that network, Netgear’s Nighthawk 5G Mobile Hotspot, will become available just ahead of the Christmas holiday.

Unlike rival Verizon, which focused its October 1 launch on a prestandard, “fixed” version of 5G services that was marketed at home broadband customers, AT&T says its 5G network is both 3GPP standards-compliant and truly mobile. The company also revealed that it will be using the name “5G+” for the part of its network that will use millimeter wave spectrum and technologies, and it said the Nighthawk 5G Mobile Hotspot will run on that 5G+ network.

It’s unclear at this stage how fast AT&T’s 5G service will be. In a press release, the carrier said only that the “initial launch starts small and will be limited” but that “customers will see enhancements in coverage, speeds, and devices” as the 5G ecosystem evolves. Verizon has promised typical 5G speeds of 300Mbps, with a 1Gbps peak, though its 5G devices are only capable of being used indoors.

AT&T’s 5G pricing is also interesting. Like Verizon, AT&T is offering an initial promotion that makes the hardware and 5G service cheap up front, with new pricing set to follow later. Early adopters from the consumer, small business, and business markets will be able to “get the mobile 5G device and wireless data at no cost for at least 90 days,” AT&T says, with new pricing beginning in spring 2019.

At that point, the Nighthawk 5G Mobile Hotspot will cost $499 outright, with 15GB of 5G service priced at $70 per month, which AT&T calls “comparable” to its current $50 monthly charge for 10GB of 4G data. The company is not yet announcing pricing for 5G smartphone plans.

While the hotspot’s pricing is about as expected, AT&T’s decision to offer limited 5G data contrasts with advance expectations for 5G service, which many companies have said will need to be effectively unlimited, due to the greater bandwidth demanded by 5G services. With 4G-like data packages, 5G users will likely hit their monthly caps within days, leading to complaints and overages.

AT&T says it will commence 5G services in parts of Las Vegas, Los Angeles, Nashville, Orlando, San Diego, San Francisco, and San Jose in the first half of 2019, with its first 5G+ millimeter wave smartphone coming in “the same time frame.” A second Samsung smartphone with support for both 5G+ and sub-6 radio spectrum is said to be arriving in the second half of the year. The carrier is promising broad 5G availability by late 2019, with nationwide coverage coming “in early 2020.”