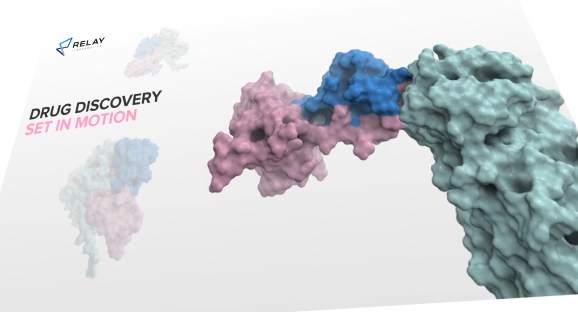 Relay Therapeutics, a biotechnology startup that’s meshing computational power with the latest experimental techniques around “protein motion” to create a cutting-edge drug discovery engine, has raised a whopping $400 million in a series C round of funding led by SoftBank’s Vision Fund.

Founded out of Cambridge, Massachusetts in 2016, Relay Therapeutics looks at the activity of proteins and the way their movements and interactions relate to their function — and how this impacts the formation of diseases in the human body. With such insights into the dynamic nature of proteins, Relay Therapeutics is setting out to develop new therapies, with an initial focus on cancer, though it will eventually explore programs for all manner of diseases.

“We are at a unique moment in the evolution of drug discovery, where we can realize the promise of integrating ever more powerful experimental and computational discovery tools to tackle previously undruggable protein targets,” noted Relay Therapeutics president and CEO Sanjiv Patel. “The success of our early programs validates the potential of our platform to create breakthrough therapies that address a broad range of diseases.”

Relay Therapeutics had previously raised around $120 million, including a $63 million series B round last year, and with its latest cash injection it plans to “accelerate the implementation of its long-term strategy” while also pushing its existing programs into clinics.

“A financing of this magnitude allows Relay Therapeutics to significantly scale and advance both its platform and its pipeline,” added Alexis Borisy, Relay Therapeutics’ chair and partner at Third Rock Ventures, which led the company’s series A round in 2016.

SoftBank is no stranger to biotech investments itself, having led a $1.1 billlion investment in experimental drug developer Roivant Sciences — a company now valued at $7 billion.