“Personal mobility” has emerged as one of the big trends in technology, with the likes of ride-hailing, dockless bikes, and electric scooters all featuring prominently in Silicon Valley and beyond these past few years.

One mobility startup that has been steadily building its business in dozens of markets around the world is Boosted, a Mountain View, California-based company that’s known for its electric skateboards. Today, Boosted announced it has raised $60 million in a series B round of funding led by Khosla Ventures and iNovia Capital, with participation from StartX and Bay Meadows.

Founded in 2012, Boosted develops a handful of e-skateboards, ranging from the $749 Boosted Mini S through to the $1,599 Boosted Stealth, the latter of which can run at up to 24mph for a range of 14 miles. 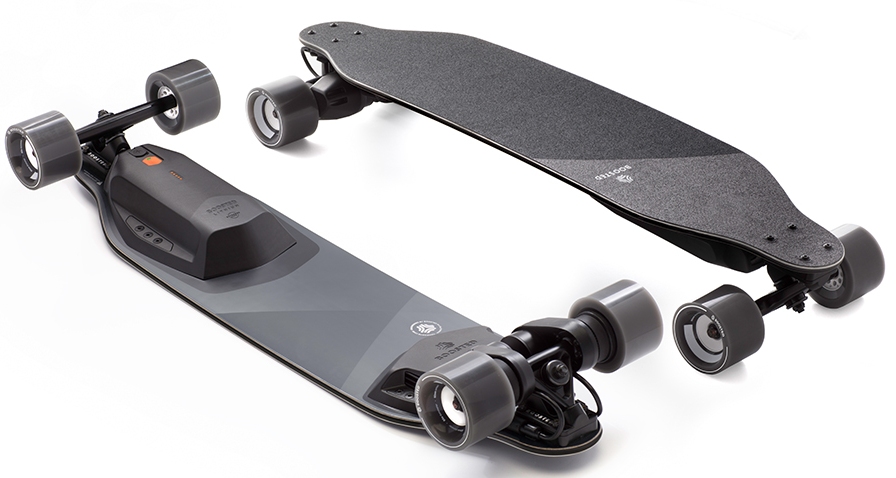 Boosted graduated from both the Y Combinator and Stanford StartX accelerator programs, and its skateboards are today sold in 34 markets. It’s also one of a growing number of “last-mile” mobility startups to gain traction.

Boosted cofounder and former CEO Sanjay Dastoor left the company last year, and he went on to launch an e-scooter startup called Skip, which raised a $100 million debt round earlier this month, in addition to a $25 million equity round back in July.  Cofounder and CTO John Ulmen continues to lead Boosted’s product engineering team.

Other notable players in the last-mile transportation space include Lime, which recently closed a whopping $335 million funding, and Bird, which closed a $300 million round. Back in April, Uber snapped up e-bike company Jump in a deal reported to be worth $200 million, and earlier this week it announced a major upgrade is coming to Jump bikes, including swappable batteries and phone mounts.

Prior to now, Boosted had raised around $10 million, and with another $60 million in the bank, the company said it plans to expand into “new light electric vehicle form factors,” which we presume to mean scooters at the very least — though the company wouldn’t elaborate on its plans. It did say that it intends to differentiate by launching serious vehicles, rather than “toys.”

“The majority of lightweight vehicles on the street today are leisure-grade or toy-grade products, when riders need vehicle-grade products that provide exceptional acceleration and braking performance, safety, durability, and superior design,” noted Boosted CEO Jeff Russakow. “Boosted has been perfecting street-quality technologies for the electric skateboard market for years where the vehicles must be incredibly high performance and durable, and only regenerative braking is even an option. Once we install our unique powertrain technology into other light vehicle types, they become Boosted-quality vehicles overnight versus what is out there today.”

It’s worth noting here that Boosted rival Inboard recently revealed it was expanding beyond skateboards into scooters, so it perhaps should come as little surprise to learn that Boosted is planning similar moves.

As part of its investment into Boosted, iNovia Capital partner and former Google CFO Patrick Pichette will be upgraded to a preferred seat on Boosted’s board of directors from an independent seat.

“With most city trips today coming in at less than three to five kilometers, the new technology in light electric vehicles offer an unparalleled advantage for speed, convenience, cost, environmental footprint, and fun,” Pichette added. “There’s a profound trend in the making with mobility right now — one that will touch billions of people — and we’re excited to be part of it.”