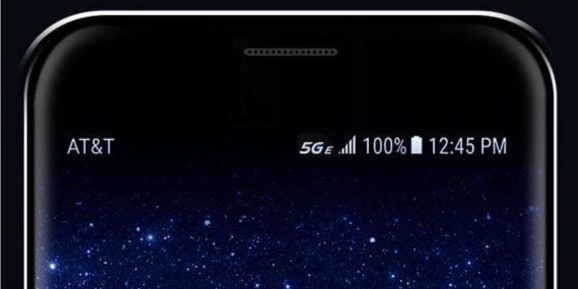 Apparently not content to launch actual 5G services in parts of 12 U.S. cities today, AT&T now says that it will replace some 4G phones’ on-screen “LTE” indicators with “5G E” logos — a branding move that will blur the lines between 4G and 5G service for customers.

AT&T previously announced “5G Evolution” as its way of marketing its most recent 4G towers, which support late-stage 4G technologies such as 4×4 MIMO antennas and high-density 256 QAM signaling. The company has said that these towers will be available in over 400 markets by the end of 2018.

The change is expected to impact select Android phones in numerous locations across the United States. When a compatible phone “connects to a tower that’s enabled with 5G Evolution, they’ll soon see a ‘5G E’ indicator pop up on their screen,” AT&T told FierceWireless. “Initially we’ll roll this out on a handful of devices, with more devices showing the indicator in spring 2019.”

This isn’t the first time a cellular carrier has tried to spin a late last-generation wireless technology as an early next-generation one, as Sprint and T-Mobile both used “4G” badges for technologies that preceded the international 4G standard, known as LTE. But there’s been considerable pushback since then on the inaccurate if not downright shady practice of marketing one generation’s devices under the next generation’s branding.

Practically, this means that users of early AT&T 5G devices will see more locations where some form of “5G” service is supposedly available, even if it’s not actually 5G. It also means that some users of AT&T 4G devices will think they’re getting a form of 5G service when they’re not.

AT&T is set to further confuse customers by using three different forms of 5G branding. Its consumer and business 5G pages now separately define “5G Evolution,” an unspecified nationwide form of “5G,” and Innovation Zone-specific “5G+” millimeter wave services, each of which could be separately indicated on its devices’ screens.

It’s uncertain at this stage which Android devices will feature the “5G E” logo. Also unclear is whether Apple will adopt AT&T’s branding, which might be its only way of offering “5G” service throughout 2019 given its reported decision to wait until 2020 to release actual 5G iPhones.