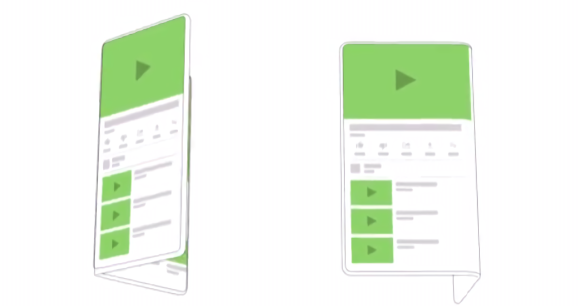 Foldables, as the new mobile category of devices is likely to be called, have yet to arrive. Sure, we’ve had last year’s dual-screen ZTE Axon M and an early first foldable smartphone last month, but so far we’ve simply been setting the groundwork for 2019 and beyond. Most notably this year, Google added native support for foldables to Android and Samsung showed off a prototype of its tablet-size two-screen foldable phone, slated for 2019.

The pitch is certainly interesting: Fold out to double your screen size and fold in to pocket a big device. A tablet that turns into a phone, and vice versa. Foldables could indeed prove incredibly useful, but they are still years away for most people, even with giants Google and Samsung on board. And that’s not simply due to the rumors of exorbitant price tags (expect somewhere in the $2,000 range) or of early clunky form factors (folding a screen over adds weight and bulk, and likely hurts battery life).

The real determining factor will likely be whether foldables can offer a killer feature. Flexible screens will need a use case that a larger screen cannot simply accommodate.

I’ve been playing with ZTE’s Axon M recently just to refresh my mind on what foldables could bring to the table. The dual mode, which lets you run apps side-by-side, is neat, but big phones already do this just fine. The extended mode is probably the most innovative, since it’s like having two monitors for a PC, but the software simply isn’t there. And the mirror mode, which duplicates the content on both screens, is useless. ZTE was clearly hoping users would figure out what to do with the double-screen Axon M so the company could fold those learnings into future devices.

Foldable phones remind me of the “phablet phenomena.” Phones with styluses, the category Samsung pioneered and continues to dominate with the Galaxy Note, did not supersede smartphones. And yet, smartphone screen sizes continue to grow and grow every year, rendering the phablet term irrelevant. Plenty of innovations and improvements have been copied from the Galaxy Note to all smartphones.

I suspect the tech behind foldable phones will end up in all smartphones eventually, but it will take a long time. Take convertible laptops as an example — the technology for 2-in-1 tablet computers has been around for decades, but it took Microsoft’s Surface to define the category that all computer makers now push.

I’m betting foldables will remain niche for years, just how the Galaxy Note remains in a league of its own. Split screens and multi-tasking are all neat, but they’re not killer. And more importantly, today’s large-screen phones can already pull those off. Something about the physical folding and unfolding functionality needs to provide inherent value.

Until then, foldables will be compared to 3D TVs. When that changes, the term “foldables” will disappear.