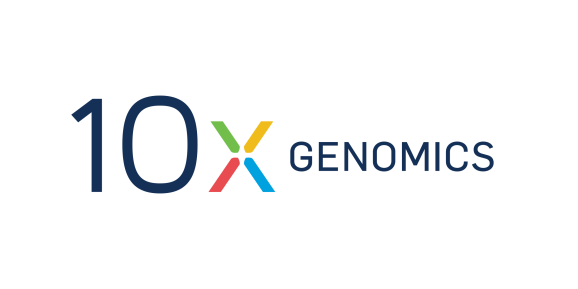 The global genomics market is no joke — according to Grand View Research, it’s forecast to be worth $27.6 billion, led by pioneers such as Verge Genomics, Sophia Genetics, and Shivom. Incredibly, those three ventures alone collectively raised over $100 million in the past year, a sign of investors’ eagerness to get in on the ground floor.

Serge Saxonov and Ben Hindson’s seven-year-old startup — 10X Genomics — is another of the boom’s beneficiaries. The Softbank-backed company, which develops a suite of gene imaging and analysis tools, today announced it has secured $35 million in financing in an extension of its April Series D. The round, led by Meritech Capital, with participation from Wells Fargo and Fidelity, brings 10X’s total raised to $243 million.

10X is coming off a series of successes. It saw twentyfold revenue growth from 2015 to 2017 and recently opened the doors to its Pleasanton, California headquarters and manufacturing facility. Additionally, it established a presence in Singapore and Shanghai, which Saxonov says will allow the company to better “serve the growing Asian market.” And it plans to hire 200 employees over the next few months.

“As a company, we’ve seen tremendous growth and expansion in the last year,” said Saxonov, who previously directed research and development at 23andMe and now serves as 10X Genomics’ CEO. “Today’s funding announcement will allow us to continue with this momentum into 2019 as we scale 10X to become a company that impacts billions of lives around the world … The really exciting thing is that we are just getting started.”

The company, which began commercializing its DNA sequencing technology three years ago and now sells a range of products to academic, government, and drug development labs, reported revenue of $70 million in 2018. It expects 2018’s sales figures to be significantly higher, driven by demand for its improved cell-level pathogen-isolating solutions.

10X’ s Chromium System — its premiere platform — leverages a combination of microfluidics, chemistry, and bioinformatics to help geneticists perform deep cellular analyses. The company recently introduced the Chromium Single Cell Gene Expression, a solution that enables the characterization and gene expression profiling of hundreds to tens of thousands of cells simultaneously. 10X also rolled out an enhanced version of its Feature Barcoding tech, which provides a complete cell-by-cell molecular readout.

The company operated largely under the radar until 2018, when it made its first acquisition: Epinomics, a company developing new techniques in epigenetics research. Shortly afterward, in December 2018, it made its second purchase — Swedish firm Spatial Transcriptomics, a developer of two-dimensional gene expression technology for tissue sample sections — for an undisclosed sum. Spatial’s technology, which was originally developed at the Science for Life Laboratory in Stockholm, creates visualizations of gene expression and morphology data.

“Biology is the next frontier for humankind,” Craig Sherman, managing director of Meritech Capital, said of 10X’s expanded round. “The 10X team’s deep understanding of biology, chemistry, and math, coupled with its relentless execution, made it a very attractive investment for us. We are looking forward to partnering with 10X as they scale the company and introduce more innovation into the industry.”