Nvidia today opened its robotics research lab, a 13,000-foot facility in Seattle. The lab will house 50 roboticists, 20 from Nvidia Research staff, and others from the wider academic research community.

The lab officially opened last November but moved to its permanent headquarters today.

Among the facility’s offerings is an Ikea kitchen where experiments will be conducted. Part of the lab’s focus will be the creation of cobots, robots that can be easily programmed and collaborate with people.

“The kind of robots that are going to come up that I think are going to be like the next generation of robot, the robot that can perform manipulation task alongside people, which means far more unstructured environment robots, for example, that help people with physical disabilities, robots that could ultimately also be deployed in our homes help us with everyday chores, even with cooking tasks or things like that, but also manufacturing,” Fox told VentureBeat in a phone interview. 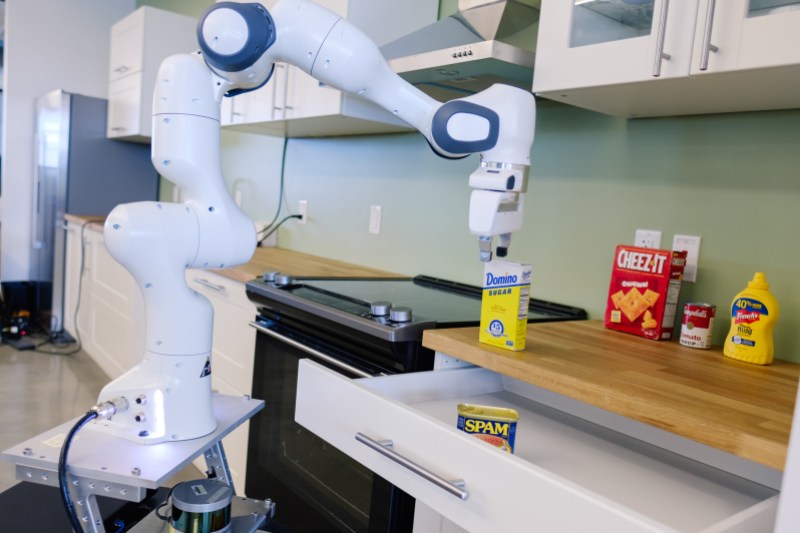 Roughly a dozen projects are currently underway at the lab, which will open open source its research papers and share results at conferences. Nvidia has shared research in recent months about training robots using synthetic data as well as by observing human activity.

Fox wants the lab to bring together the domain experts in areas like robot control, perception, computer vision, and deep learning in order to make robots that solve big challenges.

“The research community overall, by keeping these smaller independent projects, we’re not making progress on these larger scale systems,” he said. “These communities, often they go to their specialized conferences, and there’s not such a strong incentive for them to all work together on joint projects. So what I want to do in this lab here is really make sure that we have an interdisciplinary team of researchers that cover these kind of sub areas that are all relevant for them.”

In addition to the creation of a robotics lab, Nvidia opened a deep learning research lab last year in Toronto. In total, Nvidia Research has more than 200 employees around the world.