Cashierless stores are all the rage. You need look no further for evidence than Amazon’s rapidly expanding Amazon Go chain and the tens of millions of VC dollars startups like Trigo Vision and Zippin have snatched up in the past year. Some, like Grabango, offer plug-and-play systems designed to accommodate warehouse-style installations — i.e., stores up to 100,000 square feet. But checkout-free platforms come in all shapes and sizes, and retailers on the hunt for tech with a smaller footprint can take advantage of AiFi’s latest innovation.

AiFi, a Santa Clara startup that emerged from stealth in February and beat out more than 900 submissions in Visa’s 2018 Everywhere contest, today unveiled the NanoStore. The tiny storefront, which measures just 160 square feet in its smallest configuration, boasts a wealth of sensors — including cameras and a dedicated PC — that enable a truly grab-and-go experience.

The idea is to minimize overhead for retailers while affording them plenty in the way of customization, said AiFi CEO and cofounder Steve Gu. To that end, the NanoStore’s modular fixtures and refrigeration units can be reconfigured or swapped out as needed, and they’re unbranded — so owners can add signage and logos as they please.

“The … format will empower retailers to build and brand customized, automated tiny stores and deploy them anywhere,” Gu said. “Retailers can set up this easy and attractive walk in and walk out store for their customers in very little time.” 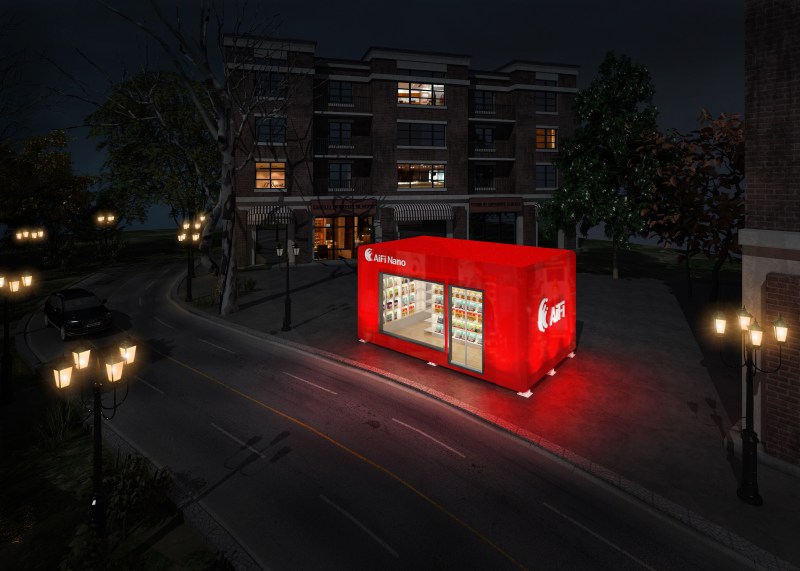 The NanoStore packs a ton of technology under its diminutive roof. Cameras with embedded object detection algorithms — the same cameras used in AiFi’s larger-scale deployments, which it claims can track up 500 people and “tens of thousands” of products — communicate to a central hub which items customers have added to their shopping carts. When they’re ready to check out, customers swipe a credit card or tap an app, confirm the items they’d like to purchase, and walk out with a receipt — and items — in hand.

Products aren’t the only thing AiFi’s cameras keep tabs on. The system identifies patrons, using facial recognition and other computer vision techniques, and tracks their in-store behavior — specifically their gait, body poses, path, and items they pick up and put back — to suss out folks who might be up to no good.

Gu sees the NanoStores as a roving extension of brick-and-mortar locations — slotting into parking lots, for example, or college campuses, shopping centers, airports, and between buildings. They could even be deployed seasonally within a larger store, he says, or near a farmers market or local crafts and products fair. And he thinks there’s potential in underserved communities that lack access to fresh groceries. 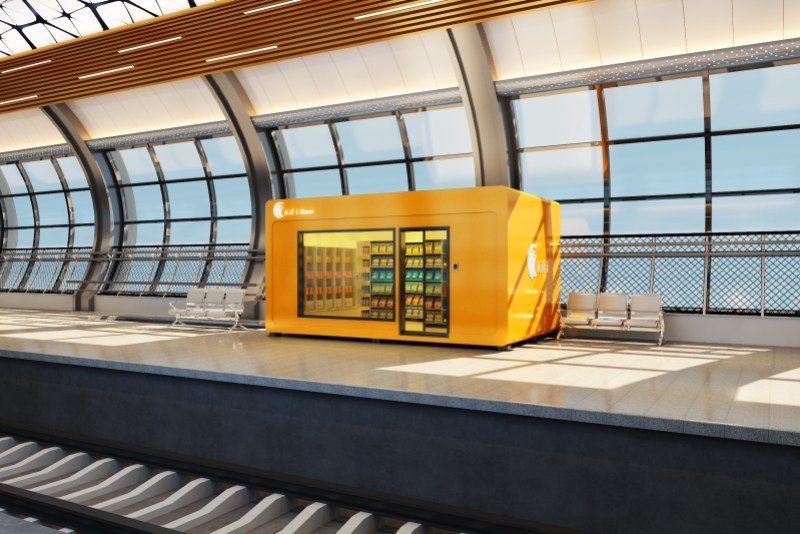 “We envision a future where instead of asking people to go to the shopping center to shop, we push these tiny automated stores as close as possible to where people live,” Gu said. “[They] essentially [provide] the last 100-foot shopping venue to serve local communities.”

Whether AiFi’s small store concept catches on remains to be seen, but it’s certainly a cheaper alternative than the startup’s flagship product. Big box stores have to shell out not only for AiFi’s camera modules, which cost around $100, but a monthly subscription, in addition for access to its software.

To be fair, Gu says AiFi’s 25-person team is working to reduce costs. And the system’s sticker price apparently wasn’t high enough to scare away AiFi’s undisclosed marquee partner, which it says is “one of the largest retailers in the world.”