WhatsApp is enforcing a new lower limit for the number of individuals or groups members can forward a message to.

The Facebook-owned messaging app first initiated the lower limit in India back in July as part of a test, following a series of violent lynchings that were triggered by the spread of false information through WhatsApp.

Today’s news represents the expansion of this restriction to all markets around the world.

While Facebook itself has often been in the spotlight for the role it plays in the spread of misinformation, WhatsApp has also increasingly found itself in the firing line. The messaging app — which Facebook bought for $22 billion in 2014  — now claims well over 1.5 billion users globally, and some reports suggest it now has more monthly users than Facebook on mobile phones.  Moreover, given that WhatsApp is a closed-off, encrypted private messing platform, independently monitoring the ways messages spread through the network is far more difficult than on Facebook.

In response to mounting pressure over its role in the spread of fake news in a number of Asian countries, WhatsApp lat summer unveiled a new feature that flagged received messages as “forwarded.” 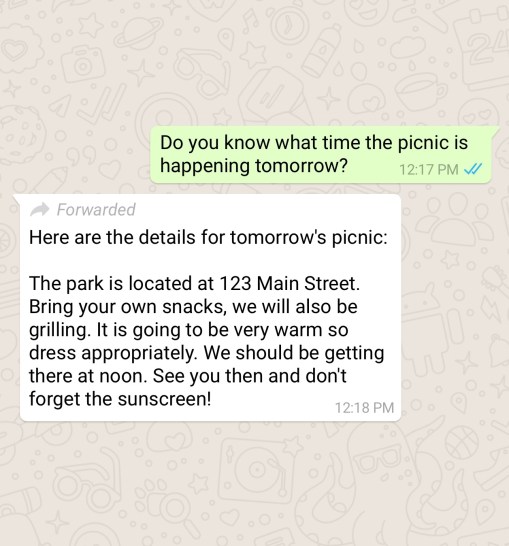 Later in July, WhatsApp announced it would be limiting the number of chats users could forward a message to — this limit was set at 20 groups or individuals globally, with the exception of India, which was limited to five. If you tried to forward to more than the limit, you would see this error message: 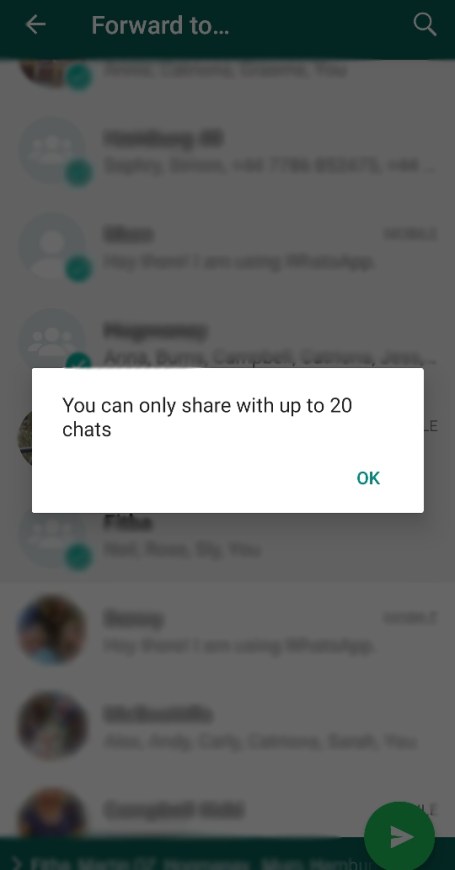 Perhaps more importantly, there is nothing really stopping someone from returning to a message once they’ve reached their 5 chat limit and forwarding it again to another 5 people or groups.

In short, it’s not entirely clear what meaningful impact this restriction will have on the spread of spam and misinformation.

The new forwarding restriction will be landing in the WhatsApp Android app first, starting today, according to a report in Reuters, with the iOS incarnation following soon after.