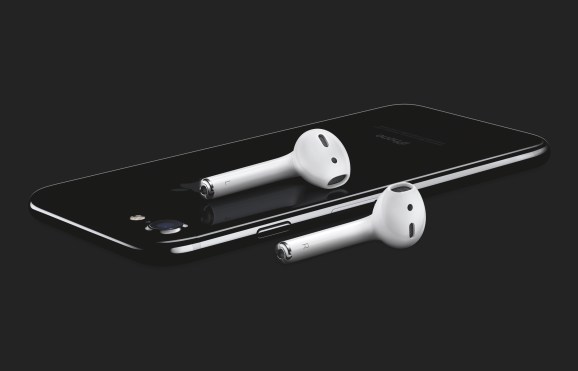 Apple’s wireless AirPods earphones have been a hit — albeit only vaguely quantified — and were rumored to get an improved sequel all throughout 2018, but it never arrived. A supply chain report today from DigiTimes sets a new release window for what’s being referred to as “AirPods 2” — specifically the first half of 2019 — and claims that the earbuds will have unique designs to support health monitoring functions.

Speculation regarding new features in AirPods 2 began in earnest last February, with possibilities ranging from minor upgrades to a more dramatic overhaul. One report said that two sequels were in the works: a basic version with a new wireless chip and the ability to trigger Siri with a “Hey Siri” voice command rather than a tap, plus a deluxe model with water resistance. Later, the deluxe model was also tipped to add noise cancellation and possibly biometric sensors, such as a heart rate monitor.

Though the new AirPods were expected to debut alongside two promised 2018 products — a wireless charging case and a wireless charging pad named AirPower — the accessories were no-shows at multiple media events last year, and AirPower was rumored to have serious engineering issues. Apple has uncharacteristically said nothing about the wireless accessories since then, but a promotional video at its September 2018 iPhone event briefly showed AirPods responding to a “Hey Siri” request. The first-generation AirPods briefly sold out shortly thereafter, suggesting that a new model might have been intended for the event but pulled at the last moment.

Today’s report provides no details on what health monitoring features new AirPods might include, but it’s unlikely that Apple would double up on existing functionality — say, adding an ear-based heart rate monitor as an alternative or supplement to the same feature in an Apple Watch. It’s more likely that Apple would add a new feature that benefits from greater proximity to the head or ear.

Major new features could raise the new AirPods’ price above its current $159 level. However, increased prices on most of Apple’s new devices and accessories throughout 2018 seemingly slowed sales, so it’s unclear how much room the company has to play with the accessory’s pricing.

DigiTimes’ track record with Apple release dates and product features is positive but spotty, and it’s possible that its report is largely intended to broadcast several vendors’ abilities to manufacture the tiny circuit boards used in AirPods. That said, recent reports suggest that Apple has resolved AirPower’s engineering problems, setting the stage for the wireless charging pad, charging case, and new earphones to debut at the same time later this year.