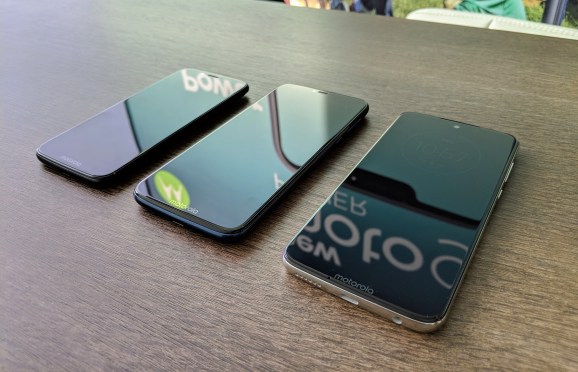 For the past six years or so, Chicago-based Motorola — formerly a Google company and since 2014 a subsidiary of Lenovo — has like clockwork refreshed the Moto G Series, a family of handsets that don’t quite measure up to the flagship competition but offer attractive price points. Last year, the sixth generation — the Moto G6 Series — launched globally at a starting price of $199, with spotlight features like expandable storage, rear-mounted fingerprint sensors, and dual cameras. This year marks the introduction of the Moto G7 Series. And while the enhancements (like Android 9.0 Pie onboard) don’t make for a massive leap forward, they’re appreciable — and perhaps more importantly, they haven’t inflated the sticker prices.

Worth noting upfront is that the Moto G7 Series isn’t launching in the U.S. right away — it’s coming to international markets first, with stateside availability to follow this spring at Amazon, Best Buy, B&H Photo, Walmart, and a range of carriers, including Google Fi, T-Mobile, and Verizon Wireless.

First up in Motorola’s refreshed lineup is the Moto G7 Play, the least expensive member of the new G Series family. The 151-gram handset measures 148.71 x 71.5 x 8.19 millimeters — a tad lighter and more compact than its predecessor. It’s an all-plastic affair, but that’s not necessarily a bad thing — its ribbed, grippy backplate is really comfortable in the hand. 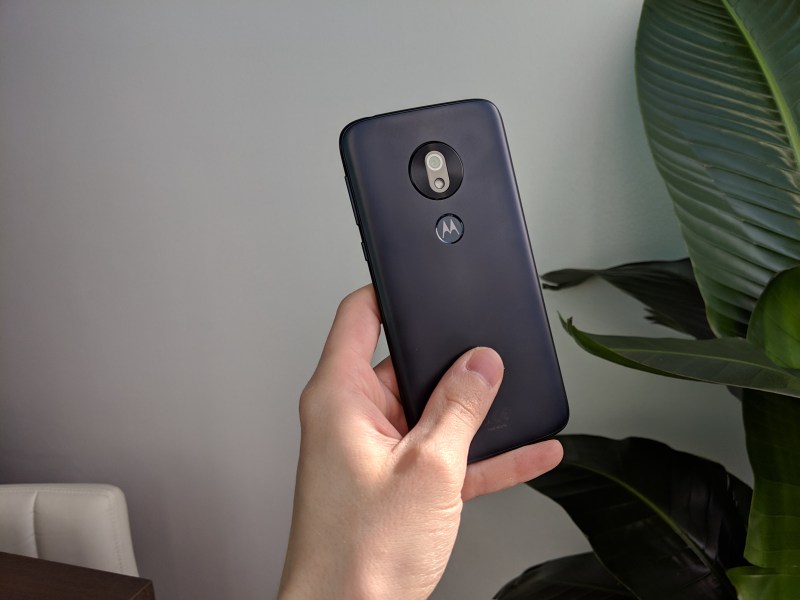 Like the Moto G6 Play, the Moto G7 Play sports a 13-megapixel rear-facing shooter with phase detection autofocus, an f/2.0 aperture, a 1.12-micron sensor size, and an LED flash. (It can capture video up to 1080p at 30 frames per second, if you’re wondering.) As for the front-facing camera, it’s an 8-megapixel snapper with an f/2.2 aperture and a 1.12-micron sensor size.

Under the hood, the Play’s packing Qualcomm’s Snapdragon 632 system-on-chip paired with a 1.8GHz octa-core processor and an Adreno 506 graphics chip. (That’s a bump in spec from the G6 Play’s Snapdragon 430, and Motorola claims it’s up to 50 percent faster.) There’s 2GB of RAM onboard — 1 GB less than last year’s model, which had 3GB — and 32GB of internal storage, expandable via microSD card.

That’s all complemented by a wireless chip that dishearteningly supports only Bluetooth 4.2 (not the latest standard, Bluetooth 5) and 802.11 a/b/g/n 2.4GHz and 5GHz Wi-Fi but not 802.11 ac. Equally disappointing is the lack of near field communication (NFC), which means that contactless point-of-sale payments are a no-go. Yet another bummer? The 3,000mAh battery, which is a substantial downgrade from the G6 Play’s 4,000mAh battery. 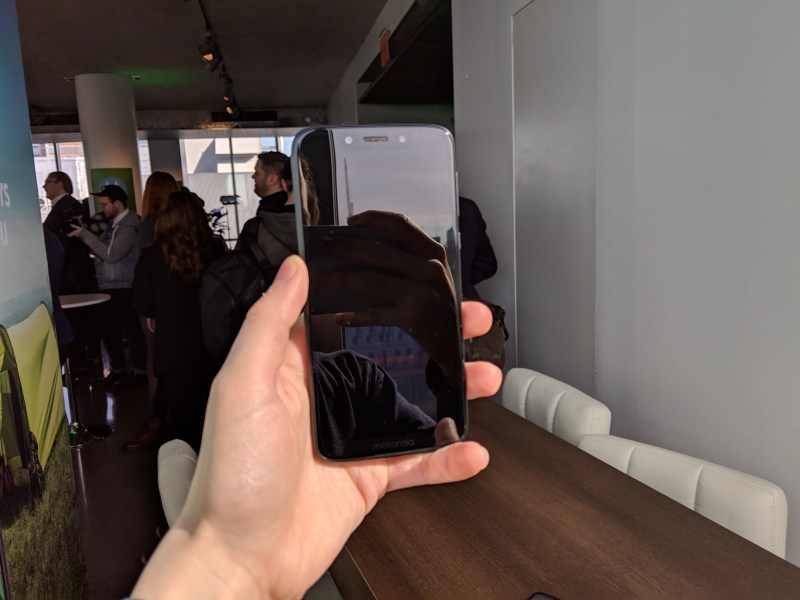 On a positive note, the newest-gen Play packs a slew of sensors, including a proximity sensor, an accelerometer, an ambient light sensor, a gyroscope, and a magnetometer. And it charges rapidly (at 10W) via the included wall adapter via USB Type-C.

The Moto G7 Play starts at $199 and is available today in Brazil and Mexico. It will come to European countries in mid-February, after which it’ll launch in select Asia-Pacific, Latin America, and North America markets.

The G7 slots somewhere above the G7 Play in price and capabilities, and it features what Motorola is calling a “u-design”: contoured Gorilla Glass, slim bezels, and a rounded teardrop-shaped cutout in the top-center portion. As with most glass phones, it’s a bit slippery — and a real fingerprint magnet. 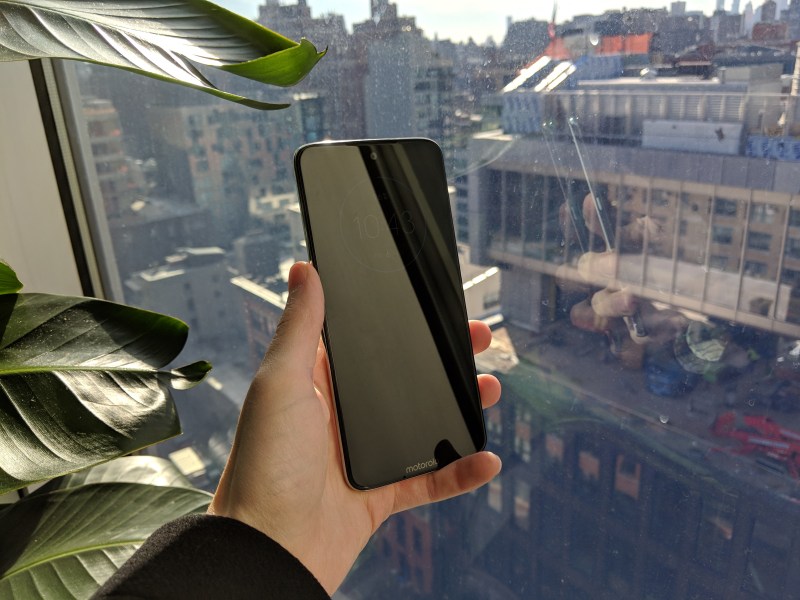 As for the cameras, there’s a 12-megapixel shooter on the back with phase detection autofocus, a f/1.8 aperture, 1.25-micron sensor size, and a secondary 5-megapixel depth sensor. The module’s accompanied by an LED flash, and unlike the G7 Play, it can shoot up to 4K resolution and slow-motion (120 frames per second) at 720p. There’s less to write home about when it comes to the front camera — it’s of the 8-megapixel variety with a 1.12-micron sensor size and few, if any, other distinguishing hardware features.

Still, both it and the rear-facing camera are more capable than they might appear, thanks to new shooting modes. Auto Smile Capture detects when up to five people in frame are smiling before taking a shot; Cinemagraphs animate only a portion of videos while keeping the rest static; and Spot Color turns backgrounds black and white. Making its debut this year is High-res Zoom, which Motorola claims enhances the sharpness of digitally zoomed-in images, and Hyperlapse, which snaps sped-up motion timelapses. 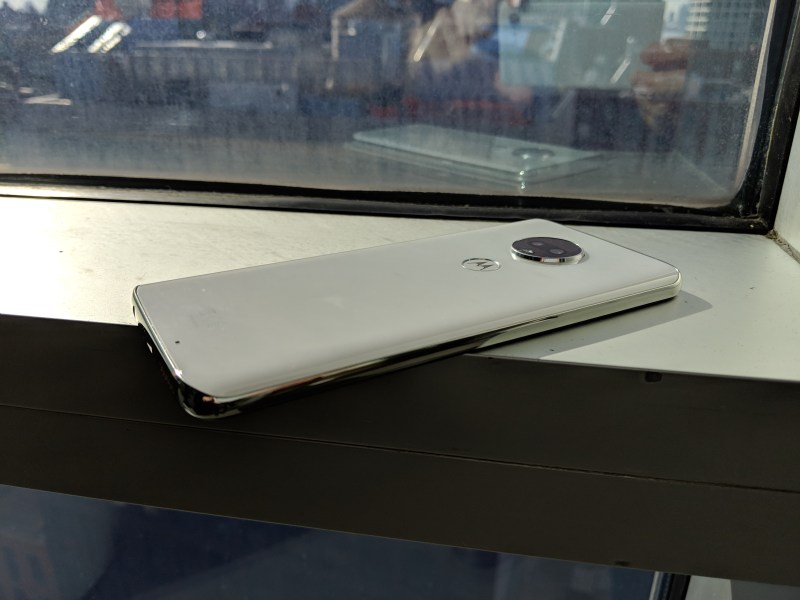 The Moto G7 starts at $299 and is available today in Brazil and Mexico. It will come to European countries in mid-February, after which it’ll roll out in select Asia-Pacific, Latin America, and North America markets.

It’s worth noting that in select markets (Brazil and Mexico, with Europe to follow in mid-February and Australia and Latin America in the coming months), Motorola’s launching a beefed-up version of the Moto G7, dubbed the Moto G7 Plus — the successor to last year’s Moto G6 Plus. It sports dual 16-megapixel cameras with optical image stabilization, IP54, and a battery that delivers up to 12 hours of power from a 15-minute charge with the included 27W TurboPower adapter. 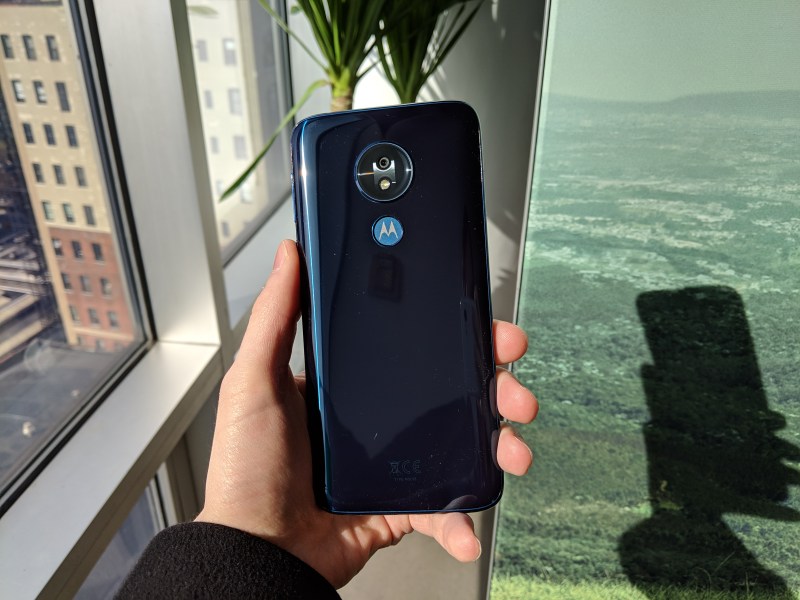 Perhaps the most interesting G7 of the bunch is the Moto G7 Power.

Like the G7 Play, it sports an octa-core Snapdragon 632 system-on-chip clocked at 1.8GHz and with an Adreno 506 graphics chip and 3GB of RAM, albeit paired with half the amount of internal storage (32GB). But it’s got a much larger battery onboard — a 5,000mAh model — that the company claims can last up to three days on a charge and deliver up to 9 hours of usage after just 15 minutes of charging. 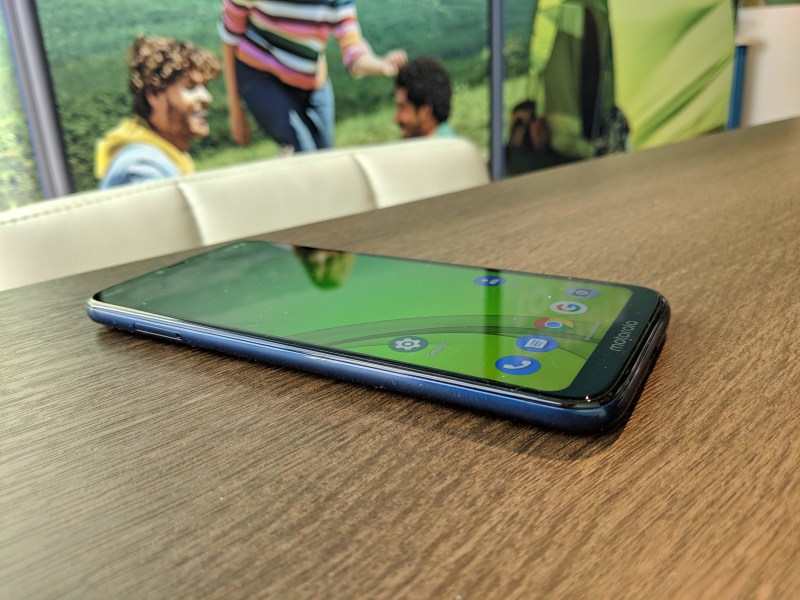 The G7 Power launches today in Brazil and Mexico at a starting price of $250 and will roll out in Europe in mid-February. It’ll come to India, Latin America, and North America in the next few weeks.