“The mobility space is at the forefront of the most complex challenges faced by cities and urban areas today. The movement of people and things is as much a driver of opportunity as it is an agent of chaos, aggravating existing challenges of traffic, pollution, and unbalanced livelihoods,” Chris Pendleton, principal PM manager at Azure Maps, wrote in a blog post. “The services we’re introducing are designed exclusively for the needs of the modern enterprise customer — powerful, real-time analytics and seamless cross-screen experiences, fortified by robust security services.”

First up is an enhanced map canvas with a set of natural earth map tiles, and a new image compositor that Microsoft says makes interactions more “aesthetic” and “powerful” by enabling the rendering of raster maps with annotated points, lines, and polygons. Also making its debut in preview is the aforementioned Android SDK, which comes with rendering maps and traffic, drawing tools, event handling, and a variety of map canvases; it also supports Azure Maps services such as Search and Routing. 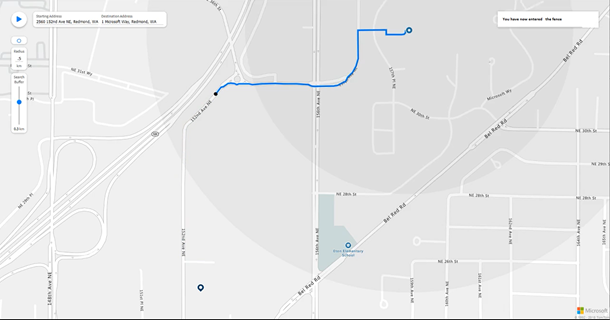 Azure Maps Web SDK 2.0, a web-based module for accessing Azure Maps, is launching alongside the Android SDK. In addition to Azure Active Directory integration (more on that later), it introduces stroke gradients (i.e., the ability to fill a line with a gradient of colors to show transition from one segment of a line to the next), a Shaded Relief map style that shows the contours of the Earth, and polygon fill patterns and native control for shapes, borders, and fills.

Additionally launching in preview is Azure Maps Spatial Operations, a service that takes location information and analyzes it in real time to enable predictive modeling of events. Its Geofencing component lets Azure Maps users store coordinates in the shape of customizable polygons in the new Azure Maps Data Service (up to 50MB) and create notifications with Azure Event Grid that trigger whenever an object enters, exits, or changes proximity to a geofence. 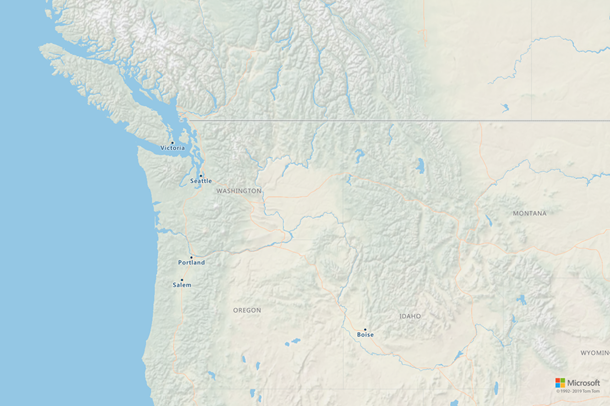 Above: The new Shaded Relief canvas.

Buffer, another tool that’s a part of Spatial Operation, allows users to build an area around points, lines, and polygons based on a given distance, while Closest Point returns the closest points between a base point and a given collection of points. Meanwhile, Great-Circle Distance returns the shortest distance between two points on the surface of a sphere, and Point in Polygon returns a Boolean indicating whether the location is inside a given set of Polygon and MultiPolygon geometries.

The new Azure Maps features come a week after Microsoft announced it would use TomTom’s location-based services for cloud services like Microsoft Azure, Bing Maps and Cortana.