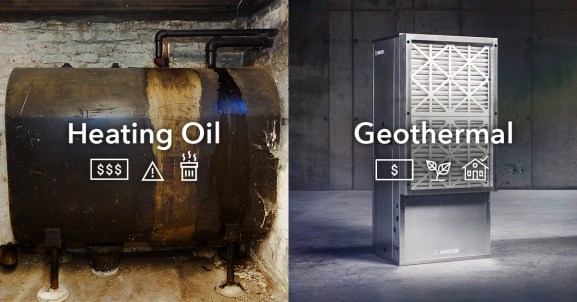 Dandelion is yet another graduate of X, where it was incubated for two years, and the New York-based startup is no less ambitious than its cohorts. It aims to cut customers’ electricity bills in half with a geothermal, environmentally friendly heating and cooling system — the aptly named Dandelion Home Geothermal System — that operates beneath buildings. Now, after installing systems in Upstate New York during a six-month pilot and selling 70 systems in existing homes in 2017, it’s scaling operations with a new round of funding.

Dandelion today announced that it has secured $16 million in financing from GV (formerly Google Ventures) and Comcast Ventures, with participation from Lennar Corporation and previous investors NEA, Collaborative Fund, Ground Up, and ZhenFund, among others. Former Googler and Dandelion CEO Kathy Hannun says the influx of cash — which brings the company’s total capital raised to $23 million — will fuel growth and R&D, along with allowing it to open new warehouses across New York State.

As part of the round, GV partner Shaun Maguire and Comcast Ventures managing director Sam Landman will join Dandelion’s board.

“In partnership with world-class investors, including GV, Comcast Ventures, and Lennar Corporation, the nation’s leading home builder, as well as with the continued support of our existing investors, we’re eager to continue to advance our mission of enabling the widespread adoption of geothermal,” Hannun said.

The series A comes after Dandelion’s March 2018 acquisition of Geo-Connections, a geothermal software-as-a-service company that develops the underlying tech used in “tens of thousands” of geothermal systems across the U.S. And it precedes the broad launch of Dandelion’s second product — Dandelion Radiate — which works with traditional radiators. Dandelion says “thousands” of people are on its waitlist and that it is New York’s largest residential geothermal installer by volume.

Like most geothermal solutions, the Home Geothermal System taps the ground’s energy with plastic pipes and pumps, the latter of which are installed in-home. The systems move heat from the ground into the house when it’s cold out, and vice versa during hot spells.

But unlike standard systems, which are typically custom-built, Dandelion Air is designed to work in abodes of all sizes and shapes. It’s also packed with a self-diagnostic processing and sensor package that autonomously checks to ensure units are correctly installed at runtime and monitors various performance metrics to identify issues that might arise.

Dandelion claims its system is 4 times more efficient than furnaces and almost twice as efficient as traditional air conditioning systems.

That’s not the only thing that sets it apart. Installation is typically the trickiest part of geothermal deployment — most companies use wide drills designed to dig water wells at depths of over 1,000 feet. Dandelion, by contrast, uses a custom rig that bores smaller holes a few inches in diameter at shallower depths, enabling installers to complete jobs in less than a day.

Still, the upfront costs are substantial. Excepting monthly financing, these costs run between $20,000 and $25,000 — and that’s not including the cost of installing vents in homes that lack them. (An included Nest Learning Thermostat softens the blow, but not by much.) For those willing and able to fork over the cash, Dandelion says the savings (with tax credits) can be between 20 percent and 70 percent a year, which works out to roughly $135 a month over 20 years ($32,400).

There’s plenty of additional incentive. Greenhouse gas emissions from electricity consumption — to which air conditioners contribute substantially — are forecast to reach 2.28 billion tons in 2050, while heating fuels currently generate 11 percent of all emissions related to the heating of homes and businesses in the U.S., according to the Environmental Protection Agency.

“The home heating and cooling industry has been constrained by lack of innovation and high costs,” said Landman. “The team at Dandelion and their modern approach to implementing geothermal technology is transforming the industry and giving consumers a convenient, safe, and cost-effective way to heat and cool their homes while reducing carbon emissions.”