Subscriptions are a popular monetization model for countless companies across both the consumer and enterprise realms — music-streaming services such as Spotify and cloud SaaS companies such as Box rely on subscriptions. Some estimates suggest that at least 35 percent of Fortune 2000 companies generate revenues via subscriptions, while in the U.S. some 15 percent of online shoppers have at least one subscription set up.

Founded in 2011, Y Combinator alum GoCardless has been setting out to create a global bank-to-bank network that makes collecting money via direct debit frictionless. While the process of collecting online subscription payments is relatively straightforward in a single given country, it becomes more labor-intensive when you have to work with multiple banks across myriad countries — and that is where GoCardless comes into play. Its platform gives companies a single setup process covering all markets where it operates.

The last time we caught up with GoCardless in late 2017, it claimed that it had processed $4 billion worth of transactions for 30,000 organizations — today, those numbers are $10 billion and 40,000, respectively. 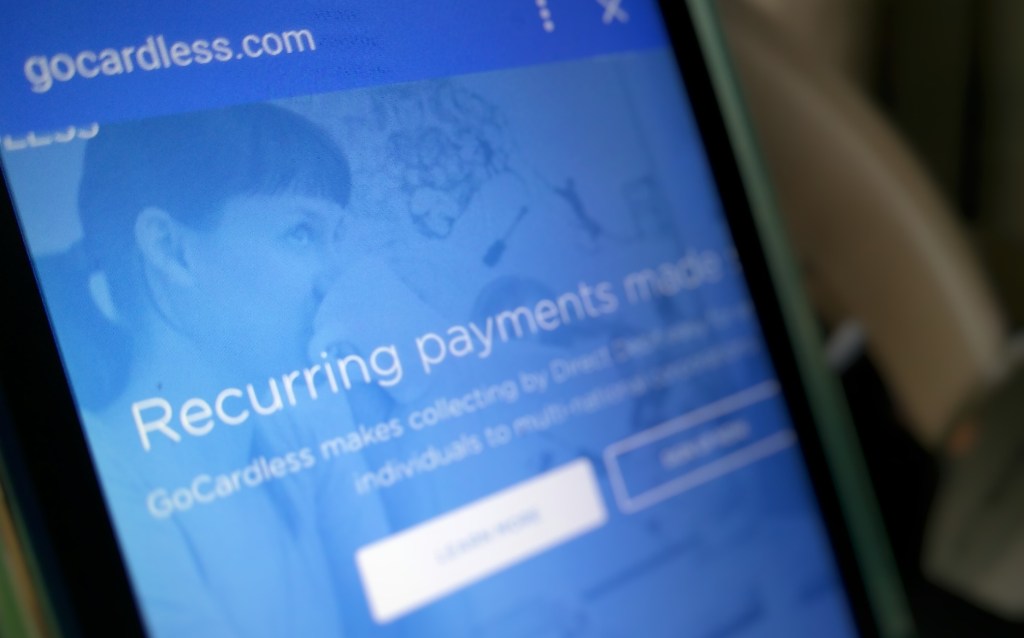 Other notable players in the recurring payments sphere include Dutch company Adyen, which went public last year, and Stripe, which recently raised another $100 million at $22.5 billion valuation, though it’s worth stressing that they both manage many other facets of the payments process — GoCardless pitches itself not as a generalist, but as a “recurring payments specialist” that was built specifically for the subscription economy.

Prior to now, GoCardless has raised around $47 million, including a $22.5 million tranche in 2017, and with another $75 million in the bank, it said that it plans to expand its market presence and cover “70 percent of the world’s recurring payments volume” by this coming spring, according to a statement issued by the company.

Indeed, so far, GoCardless has operated across the U.K. and the whole of the eurozone, in addition to Denmark, Sweden, and Australia. It also recently expanded to Canada and New Zealand. Now, it’s gearing up to expand to the U.S.

“Thanks to the support of our investors we can now open up our global network and payments platform to more businesses across the world, delivering on our mission to take the pain out of getting paid, so that businesses can focus on what they do best,” Takeuchi added.

It’s worth noting here that GoCardless already technically operates in the U.S. market, though companies there are limited in what they can do. They can’t collect money from other U.S. customers, for example, but they can use payment mechanisms such as BACS, SEPA, BECS, and PAD to collect payments from GoCardless customers elsewhere in the world — but only if the customer has a bank account in one of those other countries. When it launches properly in the U.S., it will bring the full direct debit experience to local merchants.

In addition to expanding to more markets, GoCardless said that it will also use its fresh cash injection to expand into new products related to recurring payment transactions, including foreign exchange services, instant payment settlements, and “payment intelligence” tools.