Facebook is partnering with Viasat to deploy high-speed satellite-powered connectivity to rural areas that have previously been internet not-spots.

The social networking giant has made a number of forays into internet infrastructure as it works to get more people online and using it services. This latest endeavor will initially target remote regions of Mexico; however, there will be an opportunity to expand the project globally, according to a statement issued by the companies.

Viasat, a Carlsbad, California-based satellite broadband company, launched a Wi-Fi hotspot service in Mexico last April that it calls Community. As of last month, the service was available to 1 million people across the country. It uses the ViaSat-2 satellite system, which went into operation last February and which is pitched as having the highest-capacity satellites in orbit today.

The selling point behind Community is that it requires minimal infrastructure on the ground — a satellite antenna is installed at a central location within a community, perhaps on the roof of a small grocery store, and that signal can then be spread more than 500 yards. End users pay the local business owner (where the antenna is installed) for a code that enables them to get online for a set amount of time or data. A typical price would be around 50 cents for an hour’s usage or $1.60 for 200Mb of data. 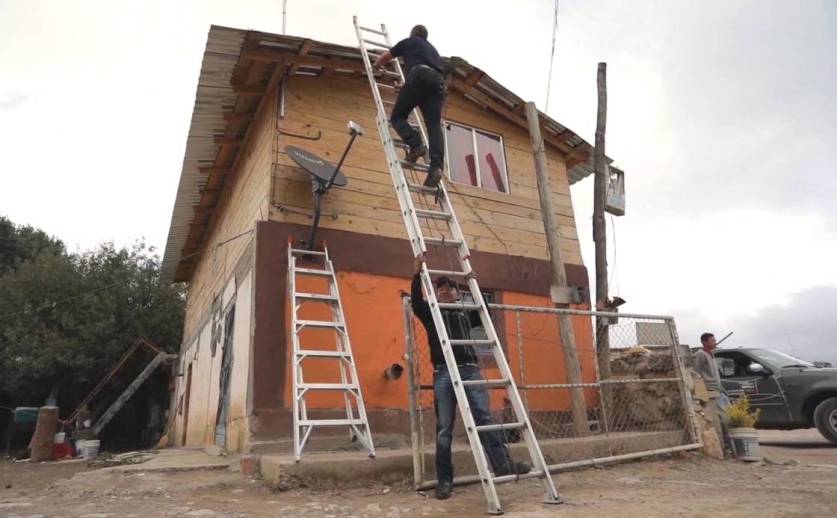 Facebook’s role in the expansion will include a direct investment — though no figure has been disclosed — as well as “helping to identify unconnected and poorly connected communities,” according to a blog post.

One of the greatest remaining obstacles for big internet companies seeking to grow bigger is lack of internet access. Facebook, for example, already has more than 2 billion users, but roughly half of the world’s population still doesn’t have internet access — which is why Facebook is keen to improve connectivity in emerging markets.

“Facebook is committed to working with industry partners around the world to help bring more people online to a faster internet,” said Dan Rabinovitsj, vice president at Facebook Connectivity. “Viasat’s rapidly growing Community Wi-Fi hotspot service, already available to over 1 million people in rural Mexico, is an example of a model that can help overcome the global connectivity challenges of accessibility and affordability, particularly in hard to reach rural areas.”

Elsewhere, Facebook has been investing in numerous internet infrastructure initiatives, including an autonomous solar-powered drone project that was later canned. Subsea cabling has also played a major role in Facebook’s efforts to ensure a fast flow of data around the world. Back in 2012, Facebook revealed it had invested in the Asia Pacific Gateway underwater internet cable, and it later partnered with Microsoft to complete 4,000-mile transatlantic internet cable Marea, connecting North America with mainland Europe. Facebook has also invested in a number of similar subsea projects globally.

Back in 2015, Facebook revealed that it would use satellites to bring broadband to large parts of Africa. Though a SpaceX rocket explosion the following year halted those plans, Facebook is planning a similar endeavor for 2019.

It’s not clear yet to what extent the Facebook and Viasat collaboration will bear fruit, but Facebook clearly wants to grow its user base, especially as its reputation has become increasingly tarnished in its more established Western markets. And with billions more people around the world yet to come online, don’t be surprised if Facebook’s growth trajectory continues to climb in the coming years.