Long-exposure photographs are tricky to capture even when large-lensed cameras are held fairly still — smartphone cameras compound the issues with tiny lenses and high susceptibility to shaky hands. Thankfully, the developers of a new iPhone app called Spectre Camera are using AI to solve that problem for artistic long-exposure shots, as well as to enable object removal from conventional stills.

Best known for its two-year-old camera app Halide, which enabled users to save RAW format images and access advanced exposure settings, developer Chroma Noir uses AI to do three key things in Spectre: make people disappear from backgrounds, capture light trails, and blur motions such as the movement of waterfalls. In each case, you simply set a multi-second exposure time and hold the phone steady; the phone captures tons of images and uses computations to either remove or add the elements you select.

While that summary is simple, there’s sophisticated AI behind it. By looking at all the images it captured, then using AI to align them — an extra layer of image stabilization — and finding differences, it can remove cars from a bridge, delete people from a series of Torii gates in Kyoto, reveal the light trails of cars on a street, and show soft blurs in running water. Depending on the type of shutter you choose, the results can be saved as still images, live photos, or videos.

Spectre Camera will regularly sell for $3.99, but is currently being offered for $1.99 during its iOS App Store launch window. It’s currently an iPhone-specific app, supporting all iPhones from the iPhone 6 up, though the AI stabilization feature requires the A11 Bionic or A12 Bionic chips found in iPhone 8 and later devices. 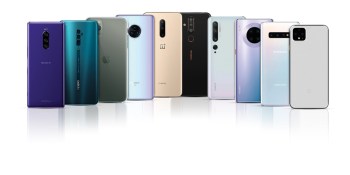