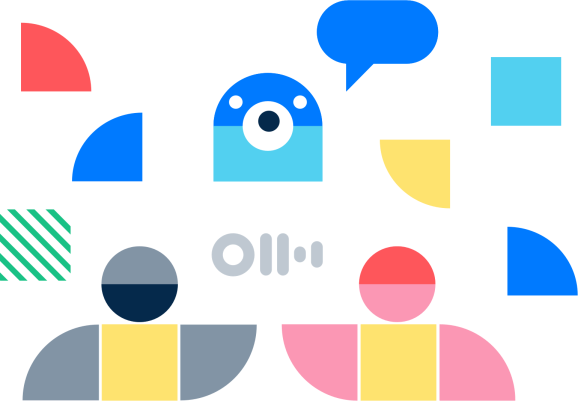 Just a few short months after San Francisco startup AISense brought Otter, a voice recording app that taps AI to transcribe speech, to the education market with Otter for Education, it’s rolling out a new product that squarely targets enterprise. The company today announced Otter for Teams, a subscription solution designed to accommodate the needs of small- and medium-sized businesses and teams within larger corporations.

Its launch follows on the heels of a major milestone for AISense, which was cofounded in 2016 by Sam Liang and Yun Fu: Over six million audio- and video-based meetings, lectures, and discussion have been recorded, transcribed, and edited to date using its technology. “During the past year, Otter has seen significant adoption among people who want to focus more on the substance of their conversations than on taking notes,” Liang, who serves as CEO, said. “Otter for Teams maintains the core features our users love, and pairs these with rich, new functionality designed to improve collaboration and productivity.”

That “new functionality” chiefly refers to account management, provisioning, and reporting, plus support for single sign-on. Otter for Team users can share live recordings with other members as they’re being transcribed, and collaboratively highlight key bits of conversations and tag speaker identities.

A number of organizations have been piloting Otter for Teams in the lead-up to its debut, including Vice’s Virtue Worldwide creative agency, auditing firm Moss Adams, design and production agency BRC Imagination Arts, and property tech firm Amne. That’s in addition to AISense’s existing enterprise customers like Bridgewater Associates, Tulane University, the University of California-Los Angeles, and Harvard University.

Otter for Teams starts at $12.50 per month, which is only slightly pricier than its premium and student tiers — those cost $10 per month and $5 per month, respectively. AISense will continue to offer the free Otter plan, it says, which includes 600 minutes of transcription per month and unlimited cloud storage.

Otter’s core technology, which was developed by a team that hails from Google, Yahoo, Facebook, MIT, Stanford, Duke, and Cambridge, is optimized for conversations. It can distinguish among speakers using a technique called diarization, generating a unique print for each person’s voice. Transcriptions are processed in the cloud and made available from the web or in Otter’s mobile app for iOS and Android devices, where they can be searched, copied and pasted, scrolled through, edited, and shared. A word cloud at the top of each recording tracks the most-used terms.

Otter competes with Microsoft’s Microsoft 365, which can host live events with AI-powered features such as facial recognition of attendees and autonomous speech-to-text conversion, as well as comparable meeting transcription tools from Cisco and startups Voicera, Verbit, Trint, and Scribie.

But it seeks to differentiate its service with competitive pricing. It’s also licensing its tech to third parties like video conferencing company Zoom, which enables conversations recorded by Zoom users to automatically upload to Otter.