Just a few days after VentureBeat reported that Pinterest chief technology officer (CTO) Vanja Josifovski was jumping ship for Airbnb, the game of musical chairs is continuing with news that Pinterest has hired Walmart CTO Jeremy King as its new head of engineering.

The announcement comes less than 24 hours after an internal memo revealed that King was leaving Walmart after nearly eight years at the company. Most recently, King served as EVP and CTO for Walmart U.S., where he spearheaded the company’s ecommerce technology efforts.

Nabbing such a high-profile CTO is notable on a number of levels; however it’s worth stressing that King won’t be donning his CTO hat at Pinterest. Instead, he is a direct replacement for the company’s former head of engineering, Li Fan, an ex-Googler who left Pinterest last summer after two years in the post. 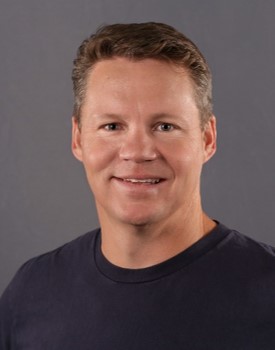 Above: Jeremy King: Formerly of Walmart, he is now at Pinterest.

Ultimately, job titles are just that — they don’t necessarily reflect who is doing what inside an organization, and often a title can be more about status than anything else. It took Pinterest long enough to appoint its first CTO, when it elevated Josifovski — who is slated to speak at VentureBeat’s upcoming Transform event in July — to the newly created role less than two years ago. Don’t be too surprised if Pinterest retires that job title for a while.

Pinterest is, of course, an entirely different kind of business from Walmart — but there are enough similarities to make King a good fit for the role. The San Francisco-based company has evolved a great deal over the past decade, transitioning from being an online social pinboard of sorts to become more of a “visual discovery engine” that leans heavily on computer vision and artificial intelligence. A big part of its current business is making it easier for people to buy things that they see online and in the real world.

Similarly, speaking at VentureBeat’s VB Summit event a couple of years back, King outlined how AI had helped Walmart go from 700,000 to 60 million items online, with machine learning algorithms used to organize inventory data, price items, fix problems, and more. So while Pinterest and Walmart are in different leagues in many regards, they do share some common ground.

King will head up the team that develops Pinterest’s visual discovery engine, which the company says makes recommendations to more than 250 million people across categories such as food, lifestyle, and beauty.

“Throughout my career, I’ve been dedicated to growing teams and building products that help people connect positive online experiences to the offline,” King said in a statement issued to VentureBeat today. “I’m excited to continue that work with Pinterest as they redefine what’s possible in discovery by bringing together technologies like computer vision with everyday searches for inspiration, to have a real impact on a quarter billion people’s lives.”

King’s hire highlights the huge AI talent grab going on at the moment — last year, Apple hired former Google AI chief John Giannandrea, while Facebook snapped up former IBM chief scientist for big data, Jérôme Pesenti, who is now Facebook’s vice president of artificial intelligence. King’s appointment fits into that broader trend, though it’s arguably a little less common for someone to move from such a major corporation to a relative newcomer.

“Not only is Jeremy a respected engineering leader, but from the moment we met him, we knew his values around putting the customer first were aligned with our own focus on Pinners,” Silbermann said of the appointment. “As we build products to inspire people to create a life they love, Jeremy’s technical experience and leadership are a perfect combination to build a visual discovery engine for all.”

So how can Pinterest afford to hire such a senior Walmart executive? Pinterest is one of a number of well-funded “startups” gearing up to go public in the coming months, so you can be certain that pre-IPO stock options will play a big part in the compensation package. This isn’t an unusual step, of course — last year Airbnb hired Google VP of engineering Aristotle Balogh, who now serves as CTO of Airbnb’s overall platform. Airbnb is also gearing up to go public this year.