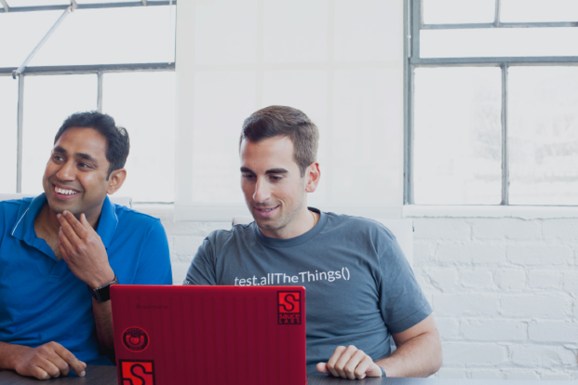 Software testing platform Sauce Labs has raised $50 million from Riverwood Capital in a fresh round of funding. This takes the company’s total raised to more than $150 million and comes a little over two years after its last cash injection of $70 million.

Founded in 2008, San Francisco-based Sauce Labs helps developers test their websites and applications across multiple browser and operating system configurations. Through cloud-based emulators and simulators, Sauce Labs enables companies to test their software on thousands of virtual iOS and Android devices, as well as various versions of Windows and Mac OS to ensure that applications run smoothly on as many user devices as possible. Crucially, Sauce Labs also automates continuous testing, allowing developers to test their web and mobile apps for bugs as they code.

Sauce Labs already counts some major clients — including Walmart, Visa, Splunk, and GoDaddy — and with another $50 million in the bank, it plans to evolve its portfolio of products “beyond functional testing” to give its users a more holistic view of the application experience, according to a statement. Though the company didn’t divulge exactly what this will entail, it will involve further investments in research and development and other “strategic growth” opportunities.

It’s against this backdrop that Menlo Park-based private equity firm Riverwood Capital, which focuses on high-growth companies, elected to go it alone on this latest funding round for Sauce Labs.

“We envision a day in the not-too-distant future in which every company in the world invests heavily in continuous testing,” said Riverwood Capital cofounder and managing partner Jeff Parks, who now joins Sauce Labs’ board of directors. “We’re thrilled to partner with Charles and his world-class management team to help take Sauce Labs and its customers to new heights.”