Talk of an AI arms race has continued to grow as countries like China invest billions in AI military applications and leaders like Russian president Vladimir Putin say the nation with the most AI chops will one day rule the world. For its part, the U.S. military last month opened its Joint AI Center and released its first AI strategy.

“I think we, as the Department of Defense, really, truly do need to have incredible people who build these things and recognize that … if they choose not to show up at the table, they’re not making a decision of whether or not these technologies will be used or other governments will use them. They’re simply making a decision to not help the United States and to perhaps give it far worse tools, and I don’t think that’s OK,” Lynch said in an interview with VentureBeat in San Francisco.

Recruited from the startup scene in Seattle, Lynch joined the U.S. Digital Service (USDS) four years ago before becoming director of Defense Digital Service. One of his first orders of business was an initiative to digitize Department of Veteran Affairs health record systems, following controversy over the VA’s inability to overcome a lengthy veteran medical care backlog.

A seat at the table

In the past year, tech employers and employees have been debating the role AI practitioners should play in matters of national security, particularly following revelations surrounding Project Maven, a military project that attracted participation from companies like Google, computer vision startup Clarifai, and reportedly IBM. In the wake of Google’s involvement with Maven being made public, thousands of employees signed a letter in protest, and Google adopted a policy not to create autonomous weaponry. By contrast, Clarifai CEO Matt Zeiler called participation in Maven the responsibility of leading AI companies.

“There are a lot of discussions around what is ethical and what’s OK and how should we build these things,” Lynch said. “And I think that as nerds and technologists, we’re obligated to show up at the table, because if you don’t, somebody who knows nothing about the technology is going to make the decision [instead].”

He went on to argue that working with Defense Digital Service gives technologists a seat at the table where decisions about the use of AI in the military are made, since the organization routinely speaks with three- or four-star generals and reports to the Secretary of Defense.

“Imagine that this crazy moment in time came together, and you had the ability to shape that discussion? Well, that’s right now. That’s what we represent,” Lynch said.

When it comes to tech in the U.S. government, the Defense Digital Service (DDS) may be one of the most influential organizations you’ve never heard of. As one of the few organizations within the U.S. military that works with software engineers, the DDS is assisting in recruitment efforts for the military’s new Joint AI Center, which will play a central role in the Department of Defense’s AI strategy.

The DDS was created five years ago, spurred partly by former U.S. chief data scientist DJ Patil’s urging that data scientists, engineers, and others attracted to Silicon Valley should serve a “tour of duty” at the U.S. Digital Service or Defense Digital Service. The DDS has influenced a number of major initiatives, including the $10 billion JEDI cloud project being bid on now by Amazon and Microsoft.

Lynch was unwilling to share details about each of its AI-related initiatives but said the DDS is working on numerous projects to do things like track trends, comb through large data sets, and detect anomalous behavior on networks with machine learning-powered tools. However, the focus today is on semi-autonomous systems that leave final decision-making to humans.

The DDS has grown substantially since the federal government launched Hack the Pentagon, its first bug bounty program, in 2016.

In addition to JEDI cloud and the Joint AI Center, the DDS is participating in an ongoing effort to restructure background checks for federal employees, an issue that has drawn ongoing criticism due to violations by high-profile White House employees, such as the president’s son-in-law Jared Kushner and daughter Ivanka Trump.

The DDS also took part in the Department of Defense’s upgrade of the global positioning service (GPS), and is also revamping critical software like a program used to relocate hundreds of thousands of service members and their families annually, as well as software used by soldiers entering boot camp.

That upgrade was a long time coming, Lynch said. “That system was written at the end of the 1980s,” he explained. “It doesn’t even support a mouse.”

Last year, the DDS developed its first piece of hardware, a portable device that emits radio waves to stop drones from dropping grenades on soldiers in Iraq and other war zones.

“We don’t get to have any of it unless we’re able to have an incredibly talented group of people show up, because everything from Hack the Pentagon to JEDI wouldn’t have ever happened [without them],” Lynch said.

The DDS is currently made up of seven cohorts of five to seven employees, each working on projects that range from finding malicious actors on networks, to protecting pilots in contested airspace, to ensuring service members are who they say they are when they show up on a military base.

“Five or six people can change the moral arc of the universe working on one of our things. It’s like the movie 300. That’s incredible. Right? But without Gerard Butler,” he said. 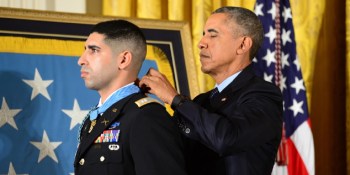 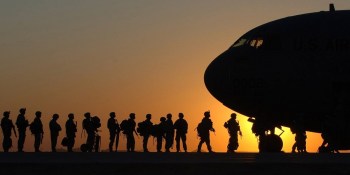 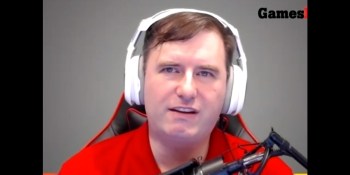 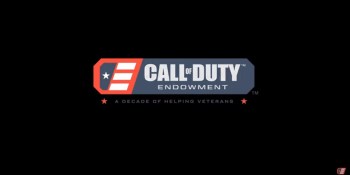