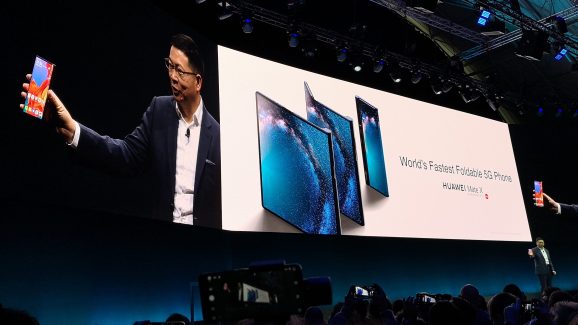 In what may be the most unlikely business deal of the year, Huawei is apparently interested in selling 5G chips to Apple — exclusively. The team-up would make plenty of sense, if it wasn’t for the continued swirling of global controversies over the security of Huawei’s 5G hardware.

The unlikely prospect of a Huawei-Apple deal was reported today by Engadget, which claims that Huawei is “open” to selling its Balong 5000 modems solely to Apple as the U.S. company struggles to move from the older 4G cellular standard to new 5G chips. Recent reports have suggested that Apple is continuing to wait on long-time partner Intel to offer an iPhone-suitable 5G modem, but might be waiting longer than 2020 — a suggestion Intel has rebuffed. Apple has apparently opted not to use 5G chips from Qualcomm, Samsung, or Mediatek, leaving only itself and arguably Huawei as options.

It would be an understatement to call Huawei an unlikely partner for Apple. The Chinese company has been under U.S. investigation for years, and spent the entirety of 2018 battling charges that its 5G products were insecure, and that it was ready to act as an agent of China’s government. Any deal to source Huawei parts would subject Apple to serious and potentially persistent questions regarding the security of its products, regardless of whatever technical assurances it might offer.

However, Huawei was a key contributor to development of the international 3GPP standard for 5G, and heavily involved in engineering early 5G hardware. After debuting what it said was the first commercially available 5G chipset, Balong 5G01, the company positioned itself as a leading supplier of 5G networking hardware for carriers and enterprises, and began offering affordable options to developing countries and rural U.S. carriers.

This year, shortly after revealing the newer Balong 5000 chip in January, it announced the $2,600 foldable Mate X as its first 5G smartphone. Like Qualcomm’s Snapdragon X55, the Balong 5000 is a single-chip solution that connects to 2G, 3G, 4G, and 5G networks, with support for both millimeter wave and sub-6GHz connections, so it can be used virtually anywhere in the world. The chip promises 6.5Gbps peak speeds on millimeter wave and 4.6Gbps on sub-6GHz frequencies, making it a serious competitor — if it’s inside the right device.

While neither Huawei nor Apple has spoken on the record regarding the potential for a deal, there’s every likelihood that Huawei is looking for potential customers for its components. This could be an opportunity to squeeze between premium 5G chipmaker Qualcomm and its much smaller, budget device-focused competitor MediaTek during a time when Samsung appears to be focused solely on supplying its own 5G needs.

Whether that plan is realistic will depend on whether international authorities press further on banning Huawei-supplied devices such as handsets, or focus solely on more potentially dangerous carrier-class hardware that sits closer to a 5G network’s core and resources. The U.S. and several allies have announced restrictions on Huawei gear that range from specific bans of networking hardware to prohibitions on use of potentially insecure technology, indirectly targeted at the company.